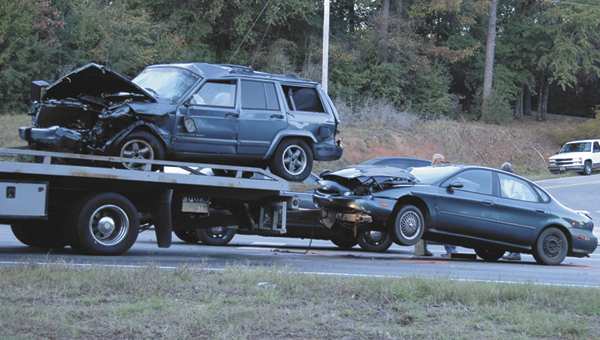 A collision at the intersection of Alabama Hwy. 55 and the Gantt/Red Level Road sent two women to the hospital Friday.

Red Level Chief Howard West said the accident occurred just before 4 p.m. when a 1999 Jeep Cherokee, driven by Kerri Echols of Hoover, was traveling southbound on Alabama Hwy. 55, and was struck by a 1996 Ford Taurus, driven by Betty Keller of Red Level.

“The initial investigation shows that the two vehicles collided when the Ford stopped at the stop sign at the Gantt/Red Level Road attempted to cross 55 into Red Level,” he said. “Both women were injured and were transported to Andalusia Regional Hospital.”

By 7 p.m., the two women had been treated and released, West said.

The accident remains under investigation, he said.