Presents? Won’t find them under our tree

I was on the phone the other day with the middle child who asked me, “Momma, we got any presents under the tree yet?”

A strange question, one might think, but totally understandable to all those divorced parents out there. It wasn’t a strange question to me, because when I packed them up to go to their dad’s house for the week on Sunday, there wasn’t nary a shiny box under the tree.

Her reply, “Well, you better get on the ball.”

She’s a sassy little thing. I’ll give her that.

“Excuse me, Missy Moo? Just for that, I bet Santa deducts one present from your list,” I told her.

And for that simple remark, I have every intention of not putting a single present for any of the three under that tree until Christmas.

I know it’s going to kill them.

Excuse me, while I giggle to myself.

Sometime before Thanksgiving, I was trying to make out a list of must-make purchases for them, but I was drawing a blank. I read on Facebook that someone had given their child the Wal-Mart toy catalogue and allowed them to circle what they wanted Santa to bring them for Christmas. I thought that was an excellent idea.

The oldest and the sassy middle did an excellent job of marking in moderation. Being 11 and 7, respectively, one would hope for it out of them.

But that little one, I tell you what. If it giggled and cooed, open or closed or rolled or could be ridden, she marked it with a giant red circle and her initials out beside it, lest I get confused on who wanted what. The only thing that didn’t have a circle around it was a Hot Wheels car.

When I asked her why she didn’t want Santa to bring her that, she said, “I ain’t no boy. That’s a boy toy.”

That made me giggle, too. Boy toy, ha!

On the other hand, I think the whole experience is a perfect example of how our children have been raised to expect – not hope for – a gaggle of presents under the tree.

When I was growing up, we never needed for anything. Sure, as children, we wanted things, but I can never remember going to bed hungry or waking up cold because the heat was turned off.

But I also remember one year when we didn’t have a lot. I want to say it wasn’t too long after my father’s second tour in Operation Desert Storm. I don’t remember what I got that year, but I remember he got two paperback books and an orange. It wasn’t a lot, but he was happy with it. It’s a lesson that stuck with me, and by goodness, it’s a lesson I’m going to imprint onto my children – even if it means enduring whining and sniffles between now and Dec. 25 because there are no presents under the tree.

I think it’s a lesson that might stick with them, too. 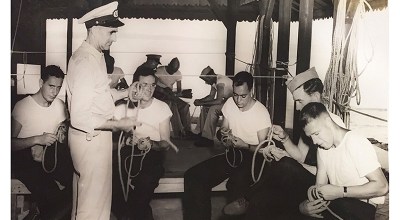 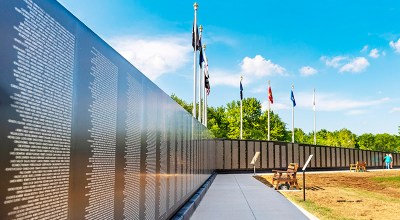