Flowers of the holy night 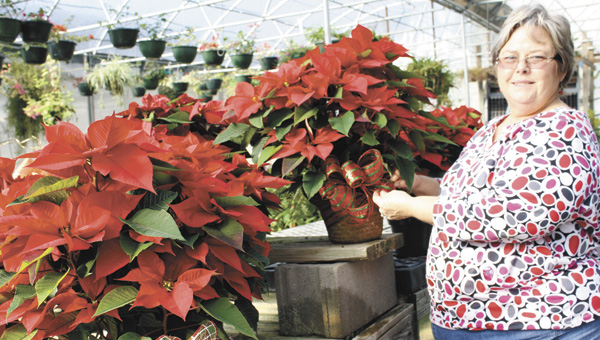 Known to most as poinsettias, the plant is typically given as a gift or used as a decoration during the Christmas holidays. A Mexican legend tells of a young girl named Pepita, who had nogift to present the Christ Child at Christmas Eve services. She gathered a handful of weeds and laid them at the foot of the nativity scene. The bouquet burst into what is now known as a poinsettia plant. Above: Kim Howell of Howell’s nursery arranges a bow on one of her final plants left this holiday season. Howell began the season with about 1,000 plants, but had about 10 left on Wednesday afternoon.

White Christmas could be possible