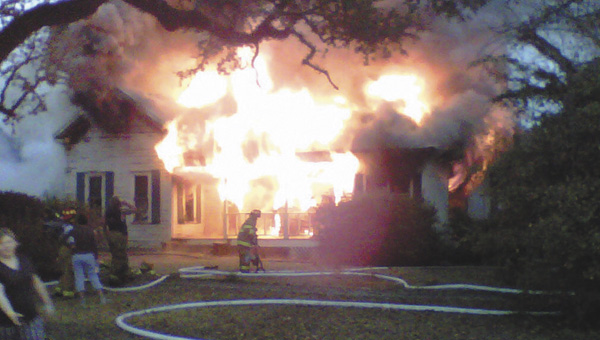 A Lockhart family narrowly escaped injury Thursday when a fire destroyed their home.

Owners of the home Mickey and Martha Henderson and their son, Jeffery, were home at the time of the fire.

“Mr. Henderson said he had made a fire in the back bedroom’s fireplace,” Scroggins said. “He turned away and heard a pop and saw the flames. He said he tried to control it but it got away from him.”

Units from the Florala and Lockhart volunteer fire departments responded to the blaze.

Plans are under way to hold a fundraiser to help the family recover.