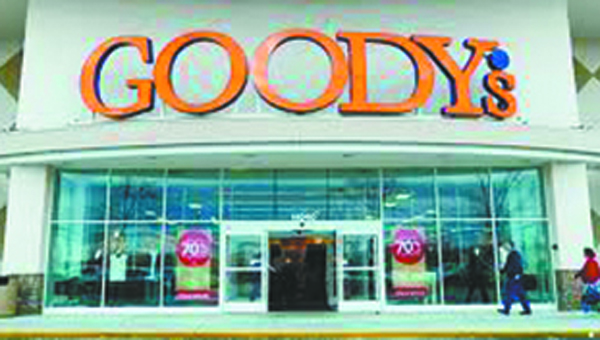 Specialty Retailers Inc., a Texas-based retailer and subsidiary of Stage Stores, acq-uired the Goody’s trademark when the company declared bankruptcy in 2009.

“Our bottom line is that we bring big brands to small towns,” Aronson said. “We try to understand the area we’re going into and tailor the merchandise in our store based on what the community is looking for.

“There is a Peebles (in Opp),” Aronson said, speaking of one of four names under which the Texas retailer operates. “So, shoppers – they can expect merchandise similar to what’s found there such as the brands and labels, as well as the format of the store.”

“Since we have the (Peebles) store in the area, we might try to move some employees around,” he said. “If not, we will run help wanted ads soliciting resumes in the near future.”

Aronson said the new store hours will be Monday through Saturday from 10 a.m. until 8 p.m. and on Sunday from noon until 6 p.m.