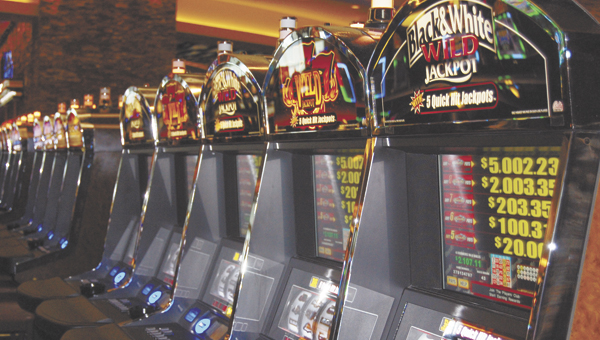 New Attorney General Luther Strange may have fired the first shot this week in the gaming battle he and Gov. Robert Bentley inherited from their predecessors — and this time, he is aiming at Indian casinos.

In a letter to the National Indian Gaming Commission, Strange requested that the commission ban electronic bingo machines at the state’s Indian casinos — which include Atmore‘s Poarch Creek-owned Wind Creek.

“I would ask that any regulations make clear that the mere fact that traditional bingo is allowed in certain parts of this state does not mean that ‘electronic bingo’ is legal on Indian lands in this state,” Strange wrote in his letter.

But Poarch officials said their machines are legal.

“We stand ready to work with the Bentley administration on issues that are important to our state, including how gaming dollars can help address some of Alabama’s greatest needs,” said Robert McGhee, director of governmental relations for the Poarch tribe. “Our Indian gaming enterprises are regulated by the federal, not the state government through the National Indian Gaming Commission.”

McGhee pointed out that Poarch employs more than 2,500 people in the state and provided more than $2 million to local schools and non-profits.

Gov. Robert Bentley’s office said he supports Strange’s efforts. “The governor believes the courts should decide what is legal, and the decision should be applied equally across the board,” spokeswoman Rebekah Caldwell Mason said.

Under Riley’s administration, Indian casinos such as Wind Creek remained largely above the fray.

Indian casinos are governed by federal regulations, although they are restricted to the type of gaming that is allowed in the state.

Strange’s argument in his letter is that the state bans all bingo games, aside from a few exceptions for charity bingo in certain counties.

“Machines that accept cash or credit and then dispense cash value prizes based upon chance are slot machines under Alabama law and are not made legal by any bingo amendment,” Strange wrote. “Likewise, no local bingo rule, regulation or ordinance can legally authorize slot machines.”