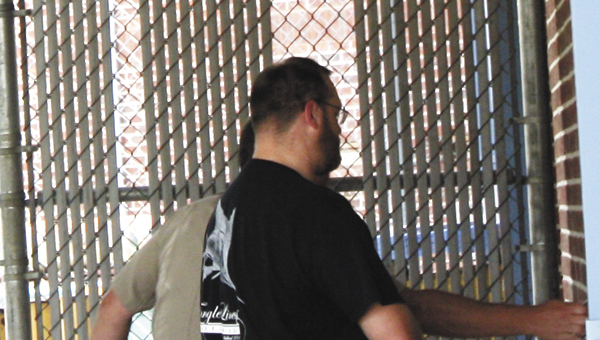 John Davis as he was arrested Friday. | File photo

Lynn Childs, public information manager for the Alabama Criminal Justice Information Center (ACJIC), said Davis turned himself into an ACJIC agent at the Florala Police Department Friday and was taken into custody on three counts of obtaining criminal offender record information under false pretenses, and one count of violating the Alabama Ethics law by using his official position or office for personal gain. He was released later that afternoon from the Covington County Jail on a $100,000 bond.

“Three of the warrants allege that Davis willfully obtained or sought to obtain criminal offender record information by accessing the Law Enforcement Tactical System (LETS) under false pretenses that it was for an official law enforcement or criminal justice purpose,” Childs said. “The fourth is an ethics violation (that) alleges he used his official position or office for personal gain.

Childs said the Covington County District Court also took into consideration the fact that Davis was in the process of moving out of state when setting his bond.

The case continues to be investigated by ACJIC agents and will be prosecuted by the Alabama Attorney General’s Public Corruption and White Collar Crime Division.