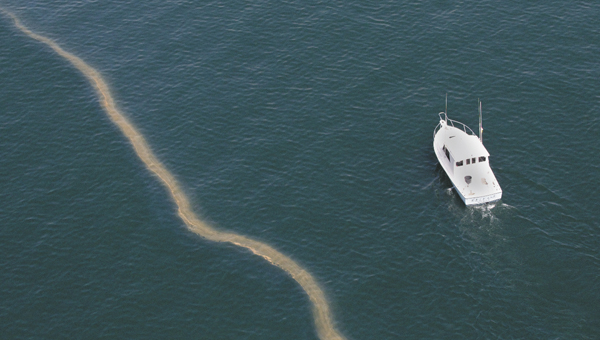 Covington County residents and businesses have been paid more than $1 million as a result of the BP oil spill.

It was one year ago today that an explosion on the Deepwater Horizon platform left a well gushing oil into the waters of the Gulf of Mexico. It wasn’t until July 2010 that the well was capped. Since then, both BP and residents of the Gulf Coast have been working to return to a degree of normalcy.

To help in that effort, BP agreed to ­pay $20 billion to fulfill its financial liabilities to the Gulf Coast. Residents and businesses that incurred damages as a result of the spill were encouraged to submit claims to the Gulf Coast Claims Facility (GCCF) for things such as oil removal and clean up costs, damage to real or personal property and lost earnings or profits. Some claimants received compensation for lost rental income on beach properties.

According to statistics from the GGCCF, 71 claims totaling $1.3 million were made from Covington County. 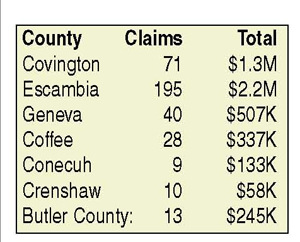 The following is breakdown of claims from neighboring counties:

At the present, $3.8 billion — or 19 percent of the $20 billion the oil company agreed to set aside to fulfill its financial liabilities to the Gulf Coast — has been paid to individuals and businesses affected by the spill. If the current rate of payouts is maintained, roughly half of the $20 billion fund will revert to BP after the August 2013 deadline for payment of claims.

The City of Opp took a step toward making improvements to its sewerage system at Monday night’s meeting. The city... read more