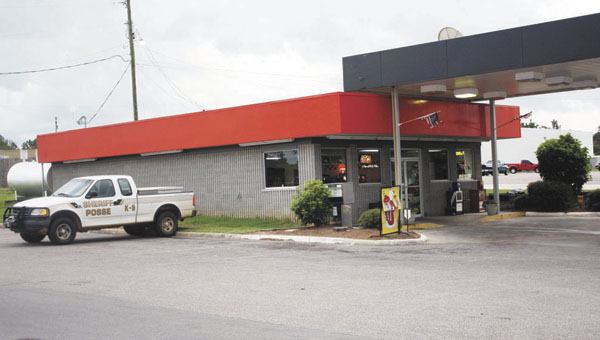 Two men are in custody and charged with murder in the shooting death of an Opp man late yesterday afternoon.

Michael Jermaine Mount, 27, of Opp, died of gunshot wounds apparently suffered in his vehicle. Mount drove to the “Super C” store located at 809 U.S Hwy. 331 and told the clerk he needed help. When the Opp Police Department responded at 4:51 p.m., they found him lying on the floor, Assistant Chief Michael McDonald said. Mount appeared to have suffered a gunshot wound to his arm and chest.

Mount was transported by Opportunity EMS to Mizell Memorial Hospital where he was pronounced dead.

Officers from the Covington County Sheriff’s Department, ABC Board, and Andalusia Police Department assisted the Opp PD in searching for suspects after receiving descriptions of two men allegedly involved in the shooting.

Officers found Marquez Deundra Hinton, 21, of Opp, at a business on U.S. Hwy. 331 South, and also detained him.

Further investigation revealed that the homicide occurred as a result of an incident the previous evening, McDonald said.

Members of the South Alabama host team for the 12U World Series finished third in the event, after losing to... read more