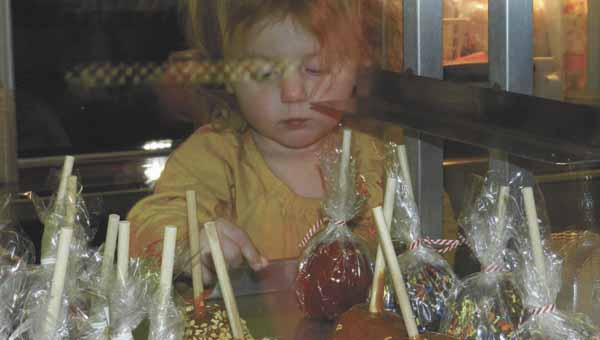 Attendance at the Kiwanis Covington County Fair was down slightly this year.

“I don’t have the official numbers because we are all still busy trying to take down exhibits and clean up,” Catrett said. “But I can say, turnout was great. The weather was great for it.

“Saturday night was our biggest night, as far as attendance, during the week,” she said. “We had more than 3,500 come through the gates that night. After that, the biggest draws were family night (Wednesday) and Friday night. I think we had an estimated 2,000 on each of those nights.”

Last year, more than 14,000 people visited throughout the weeklong event, with 3,800 people attending the fair on Saturday.

“Everyone did a great job of coming out, getting things organized and putting together a great fair,” Catrett said. “The fair was great this year.”

This year, the scheduled format changed a bit, with the addition of both a live reptile and amphibian show and antique car show in the arena.

“I’m very interested in hearing how people enjoyed the reptile show,” Catrett said. “We thought it was a unique addition to the line up.”

Also, many attending this year’s fair commented about how they enjoyed a larger selection of amusement rides on the midway.

Halloween on the Square will be set up all around the Court Square next Monday.| File photo As the official... read more