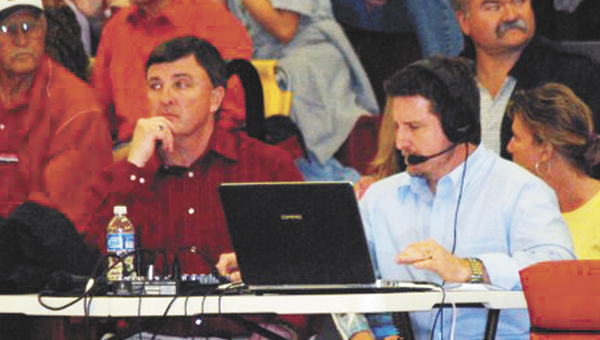 Though Robert Williamson hardly believes his story is interesting, the play-by-play announcer has seen many good athletes during his 30 years on the air.

Williamson started in radio when he was 15 years old, and admitted that he doesn’t really know how he attained his silky, baritone voice that is so easily recognized.

“It was probably a combination of being in a work-related field, and maybe a little bit of voice stuff as well,” Williamson said.

While he claims his story as a play-by-play broadcaster isn’t interesting, Williamson said it’s been a rewarding experience to call games for the Southwestern Athletic Conference (SWAC) TV and the National Junior College Athletic Association (NJCAA).

“Cam Newton stands out in my mind because he didn’t have a particularly good game,” Williamson said about his most memorable broadcasting moments. “I’ve been very fortunate to see very good athletes.”

Another athlete Williamson said that stood out to him was first-round MLB draft pick Bryce Harper in his NJCAA World Series appearance while playing for Southern Nevada. Harper is currently on the Washington Nationals baseball team.

“During the first two games, he was pretty ordinary,” he said. “By the third game, he had a mammoth of a game with something like four home runs and eight RBIs.”

When he’s not behind the microphone, Williamson serves as Florala’s mayor.