Chris Brito always had a smile on his face.

That’s one of the many things Gator Cafe co-owner Amy Mayhew and front manager Cathie Walker said they’ll miss the most about their former restaurant host. 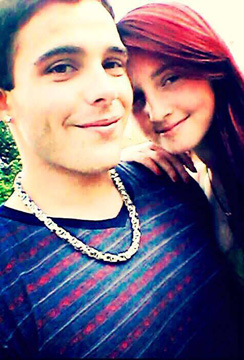 Chief Deputy David Anderson said Monday there was nothing new to release on the shooting.

A native of Massachusetts, he’d spent most of his life in Florida and Alabama.

“He was a wonderful, wonderful young man,” Mayhew said. “We are absolutely devastated.”

Mayhew said Brito was kind and respectful to others.

“He had the best phone etiquette,” she said. “He was a team player. He was a helper. He was very compassionate. I just can’t say enough good things about him.”

Brito worked at the Baker, Fla., restaurant for two to three months, and it didn’t take long for those around him to know who he was as a person.

“He actually hadn’t been there very long, but he was just one of those kids,” Walker said. “He was very nice, very well mannered and very respectful. He was always smiling and always singing.

“When we would close at night and we’d be doing our duties, he was always singing,” she said. “Just from working with him up there, he seemed like he was a great kid. He carried on conversations and about different stuff. He was very, very interested in the military. He talked a lot about his sister (Elizabeth).”

Brito was a senior at Baker High School, and was actively involved in R.O.T.C. While working at the Gator Cafe, he unenrolled from BHS because he fell so far behind in his studies. He then went to school in Crestview so that he could finish and receive his high school diploma. He also had attended Flroala  High School.

Walker said Brito was so determined to get to an R.O.T.C. competition that he drove his car with a broken axel to and from the event.

Walker said his tire was cocked out at an awkward angle.

“He drove it anyway,” she said. “That’s how bad he wanted to be there.”

“Christopher was not that way at all,” she said. “This is a very hard thing to take. It still is. One of those kids you know had a bright future ahead of him.”