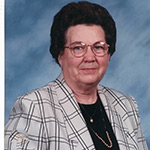 First Baptist Church of Opp. She was employed with the Opp City Schools for more than 30 years.

She is survived by her son, Eddie W. Adams and wife Peggy of Vernon, Fla.; granddaughters, Shelley Adams of Vernon, and Emily Brown and husband Timothy of Panama City, Fla.; and great-grandchildren, Brooklyn Adams and Bry Caldwell.

Funeral services will be held at 2 p.m. Mon., June 13, 2016, from Wyatt Funeral Home Chapel with burial following in Peaceful Acres Memorial Gardens. The family will be receiving friends at Wyatt Funeral Home one hour prior to the service. Randy Breedlove will be officiating.

Prior to her death, Mrs. Adams requested in lieu of flowers that donations be made to the First Baptist Church of Opp for missions so that others may come to Christ as their Savior.

Funeral service for Kenneth Eugene Boggan, 58, will be Mon., June 13, 2016, at 10 a.m. at Radney-Smith Chapel with the Rev. Michael Pearson officiating. Burial will be at 3 p.m. in Antioch Methodist Church Cemetery in Red Level. 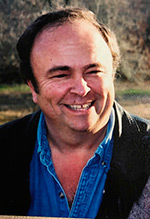 Mr. Boggan died Wed., June 8, 2016, at Grandview Medical Center. He was preceded in death by his brother, Michael Jerry Boggan. He attended The Living Word Church in Sylacauga. Kenneth Eugene Boggan was as a beloved husband, father and grandfather; loved by all who knew him; an ever-loyal friend; who never met a stranger. A good counselor and father-figure to many, Kenny truly cared about people and was generous to a fault. Also known as “Mr. Whiskers” and “The Catfish Man,” Kenny was passionate about his beliefs, un-afraid to speak up, and ferociously dedicated to family and God’s commandments. As a supporter of the National Wild Turkey Federation, The National Rifle Association, Outdoor Friends Forever, and countless local organizations, his over-flowing generosity was apparent. The hardest working man you’ll ever know, with the most contagious laugh; Kenny Boggan was self-proclaimed as “The only man in Alabama with a fiberglass boat rusting in his barn.”

The Boggan family requests that donations be made in honor of Kenneth Eugene Boggan to Outdoor Friends Forever (O.F.F.) in memory of Kenny Boggan at P.O. Box 826 Sylacauga, AL 35150 rather than made in the form of flowers at the funeral; so that his giving spirit may be apparent, even after his introduction to Jesus.

Memorial messages may be sent to the family at www.radneysmith.com.

Radney-Smith Funeral Home in Sylacauga, AL will direct the services.

Captain, Dr. Curtis Dale Gunn, 32nd Degree Master Mason, Master Mariner, Master of Ocean Going Steam and Motor Ships, age 80, of Andalusia, went to be with his Lord and Savior on Wed., June 8, 2016, in Tuscaloosa, Ala., surrounded by his loving family.

Dr. Gunn was born in Mississippi to Robert W. and Penny Blackledge Gunn.

Dr. Gunn served his country in several alphabetic units of the government, only one or two of which he was ever able to identify publicly. His family knew when he was called on assignment, but they seldom knew where he was or what he was doing. The only member of the family ever able to successfully find him anywhere in the world was his mother (just ask the general she tracked down). When his girls were asked at school what their daddy did for a living, they would say “ABCDEFG” and laugh, knowing the agencies he worked for were confidential. The real value in Dr. Gunn’s career is not in knowing who he worked for but knowing whether he felt the service he gave to his country was worthwhile, worth doing, and worth time away from home; it was.

Dr. Gunn was a sergeant in the U.S. Army, a scuba diver with Jacque Cousteau, and a race car driver in Monterey, California. He received his Ph.D. in 1974 from the University of Alabama, earned a master’s degree from Tulane University, and attained his bachelor’s degree from Southeast Louisiana University.

Dr. Gunn spent more than 30 years serving the needs of Alabama’s mental health patients. He also spent 40+ years teaching, including the last 15 years as a tenured history and psychology professor for Lurleen B. Wallace Community. He made a difference in the lives of so many. Dr. Gunn believed every human needed to feel special. His office was often filled with people who had lost their way or who just needed someone to listen. He was a gentleman and a man of integrity, and he lead by example.

Though teaching and serving his country were his callings, his real ministry was serving children as a Sunday school teacher and Santa Claus. Everyone in the community knew he was an avid collector of trains, helicopters, and automobiles. He was a gifted storyteller, and visitors could not leave his office without hearing a story about one of his grandchildren or his great-grandchildren. He lived his life in adoration of his wife, children, grandchildren, and great-grandchildren. His love was unconditional.

To all his students, he bids one last “Konnichiwa.”

In lieu of flowers, donations may be made to LBW Community College Foundation, P.O. Box 1311, Andalusia, AL.