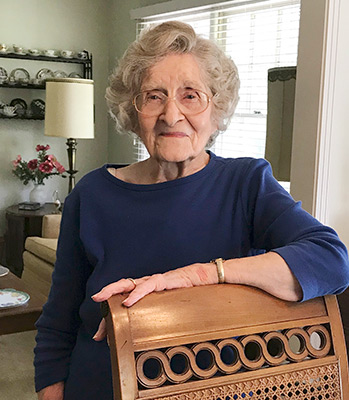 When Margaret Hogg Eiland’s grandmother was in her gathering years, she often opted to stay with her granddaughter’s family.

“My husband always Grandmother had witnessed all of the inventions except the wheel, and she didn’t accept any of them.”

Margaret Eiland, who is celebrating a century on earth today, is not her grandmother. Although she has witnessed plenty of change in her lifetime, she has embraced it.

“I remember riding a wagon to church,” she said of her early memories growing up in the Rawls community. Her family didn’t have a car, but she and her siblings and cousins were often entertained by watching automobiles slide into a clay ditch down the hill from their home, and by watching her brothers hitch up the mule to pull the vehicles out.

“We lived on the main road from Dozier to Gantt to Andalusia,” she said.

Another happy memory is watching for the circus every year.

She remembers the first time anyone in her community saw an airplane, when it landed at Dunn’s Crossing.

“That was quite a sensation,” she said.

Yes, the world has changed in Margaret Eiland’s lifetime, but she’s kept pace. In her comfortable den, she has the latest technology in easy reach – cell phone, iPad, Kindle – and she uses them all.

Today’s technology is the biggest change she’s witnessed, she said, adding that electronic tablets have been a lifesaver for her.

Mrs. Eiland’s earliest memory is of an aunt dressing her up in a blue velvet cap and carrying her to school.

“My father died when I was two months old. My grandfather built us a house in his yard. I had two older brothers, and we lived there.”

The extended family was close.

“I had a grandfather and four uncles I grew up with,” she said. “I don’t feel like I missed a thing.”

She attended the Rawls School, which burned when she was a fourth grader.

“I remember we had classes at what they called the Hardshell Church until the new school was built,” she said.

As a child, she did whatever work needed to be done on the farm, including picking and chopping cotton. One summer, she saved every penny earned from her cotton tasks.

“I wanted to learn to play the piano,” she said. “My grandmother had a pump organ where I could practice.”

There was a music teacher from Andalusia who would drive to the Rawls School to teach lessons.

“I spent every penny of that summer’s work on piano lessons,” he said. While she learned to play a few songs, she said she quickly decided she did not have the talent for music.

She and her peers also participated in singing schools.

After finishing her education, Mrs. Eiland moved to Andalusia and went to work in a beauty shop.

“That’s how I made my living,” she said. “Then I got married. Then I had children. And I was busy.”

Charles Eiland was a paint salesman and traveled during the week. Mrs. Eiland was busy tending to Peggy, Buddy, Caroline John, and Joe.

“They are all nice children, and I sent all of my money to Auburn,” she laughed. “It was hard, but we did it because we wanted to.”

These days, Mrs. Eiland remains active in First Baptist Church, where she is a member of the Glory Singers, the senior adult choir.

“We have two rules,” she said. “You have to be able to hold a song book, and you have to keep your shoes on.”

Asked what wearing shoes had to do with singing, she laughed that when former FBC music minister Don Lingle organized the group, someone kicked his shoes off, and the shoes went missing.

“After that, he said we had to wear shoes,” she said.

She also enjoys china painting, and has her own kiln. It’s a process she learned from Bonnie Chesser.

Her children say that she turned her dining room into a studio, and only bothers to put the paints away for Thanksgiving dinner. Nancy Darnell and Brenda Mooney join her most Fridays in the dining room studio, she said.

Her home, which she shares with her daughter Peggy, is filled with her work. But the best pieces, she said, are in the homes of her children and grandchildren.

Mrs. Eiland is a three-time survivor of lymphoma. She attributes her long life and good health to two things.

“First, you need good ancestors,” she said. She is the seventh member of her family to mark more than 100 years on earth.

“I took them way before doctors believed in them,” she said.

She has taken Vitaminerals 2BG+ for decades, she said. But she also takes other vitamins when she has specific ailments.

She agrees that she enjoys remarkably good health.

“I’m not a normal person,” she declared. 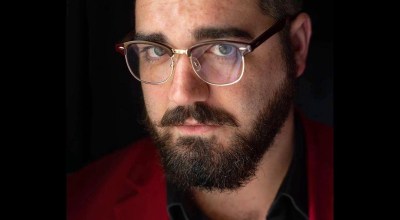