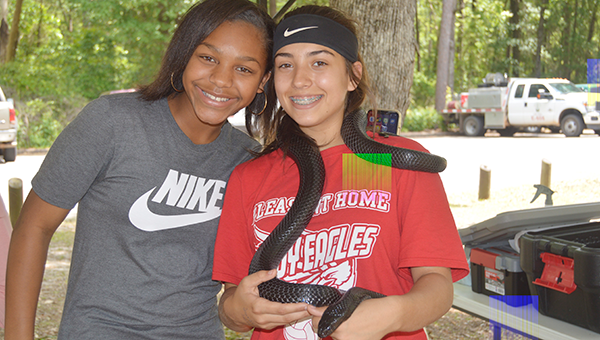 Sharae Coleman and Elana Stewart pose with an indigo snake. 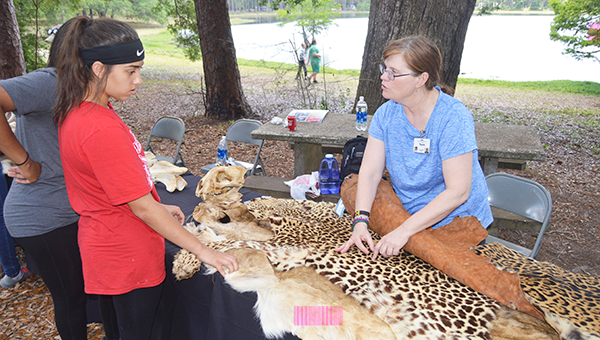 Sharae Coleman and Elana Stewart learn more about jaguars from Terra Manasco, the conservation manager at the Birmingham Zoo. 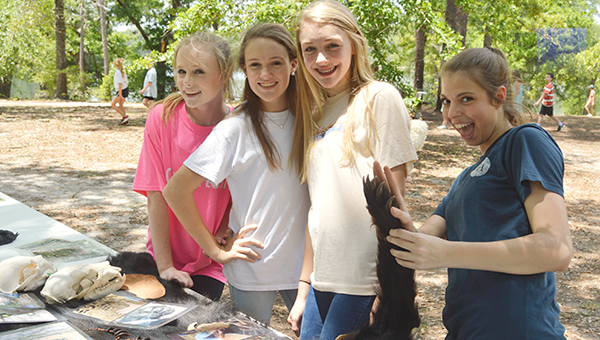 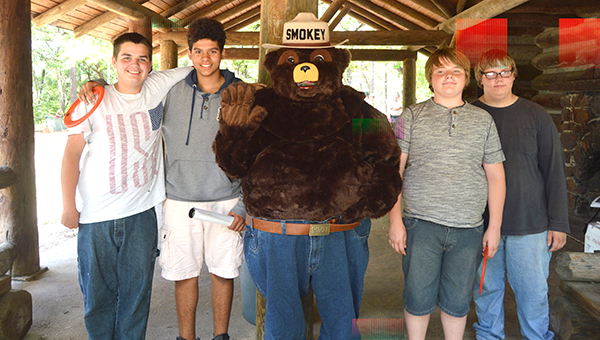 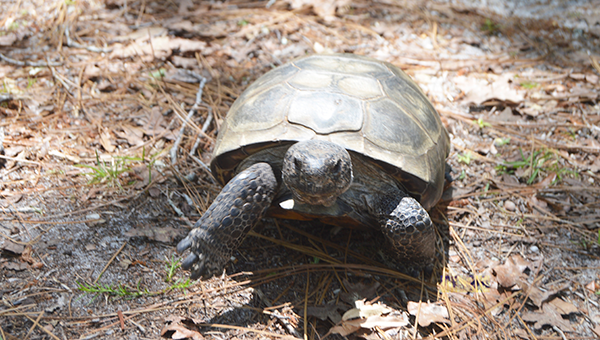 The 35 year-old gopher tortoise is on the hunt for some grass.

Many people attend the Peanut Festival or maybe the Strawberry Festival, but students and wildlife lovers spent their Friday at the Snake and Wildlife Festival in the Conecuh National Forest.

This isn’t just any festival, it’s also a celebration of releasing 20 indigo snakes into the national forest.

Tim Mersmann, district ranger for the U.S. Forest Service, said that the Conecuh National Forest is the only location in Alabama that has indigo snakes.

“We’re currently working to get the snakes up to a steady population,” he said.

“Until then, we will release indigo snakes into the national forest every year.”

Indigo snakes are currently listed as federally threatened by the Endangered Species Act.

But fortunately for these snakes, south Alabama makes a good home and a good home is what they need.

Indigo snakes are the largest native snake to the United States and serve a very important ecological function to the longleaf pine landscape. The indigo is at the top of the food chain and affects how well other animals manage. In comparison to most other snakes, the indigo has a diet that includes venomous snakes such as copperheads and rattlesnakes.

Mersmann also said the festival is used to educate people about the indigo snake and other resources within the Conecuh National Forest.

“It’s important to know about the natural land around you,” he said.

“The Conecuh National Forest really has a lot to offer.”

Homeschooled students, Pleasant Home students, A.P.P.L.E. program students and even students from Florida, learned as they navigated throughout the different outside displays the festival held.

Not only did they learn about the animals, they also got to have hands-on experience with both the gopher tortoise and the indigo snake.

Professionals with the Orianne Center for Indigo Conservation taught the students the importance of the indigo snake.