‘Dogs fall in opener [with gallery] 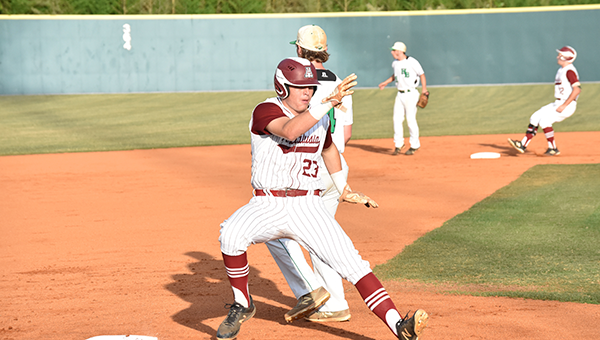 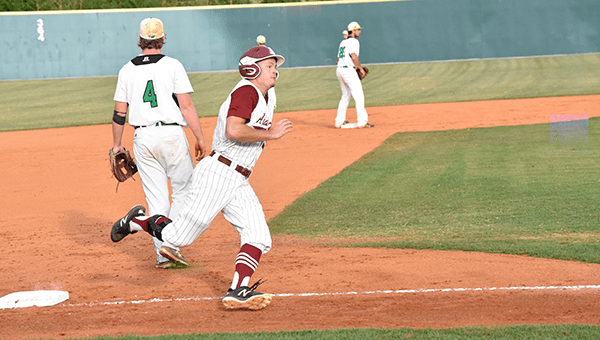 Gill Morgan tags out a would be base stealer. Photos by Josh Dutton 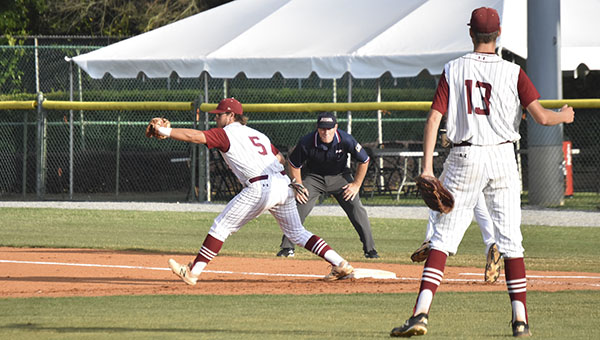 Will Clark stretches to make a play at first base. 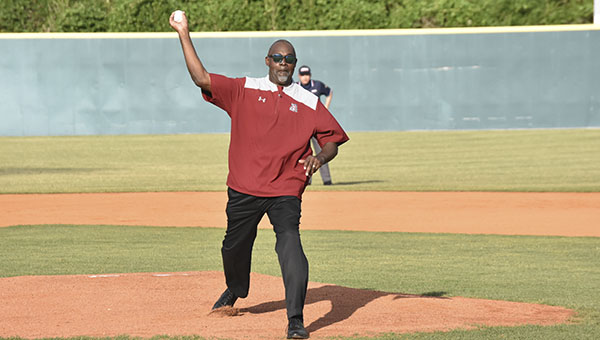 Dr. Daniel Shakespeare throws out the first pitch of the game. 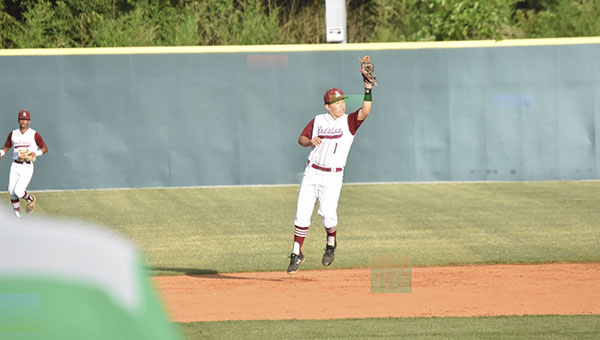 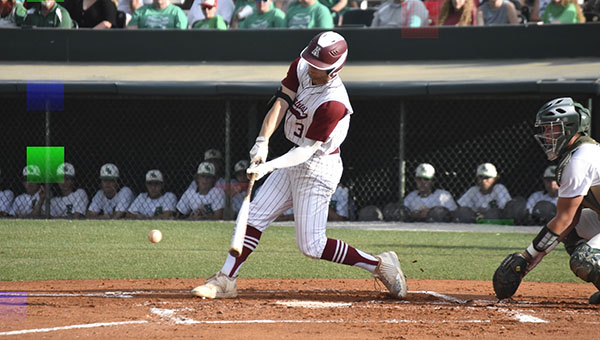 The Andalusia Bulldogs put up a fight, but fell 6-3 to the Hokes Bluff Eagles in the opening game of the Class 4A state championship series on Tuesday at Paterson Field in Montgomery.

Jacob Cravey got the start on the mound and got a ground ball out to start the top of the first inning.

Cravey then picked up a strikeout before an error gave Hokes Bluff a runner with two outs.

The next batter grounded out to Chip Morgan for the final out of the frame.

Ethan Wilson reached off of an error to start the bottom of the first inning and then Garrett Davis moved him over with a sacrifice bunt.

The Bulldogs were unable to move Wilson any further in the inning.

In the top of the second inning, Cravey worked a smooth 1-2-3 frame.

Cravey helped himself out when he drove in C. Morgan and Jones with a single to put the Bulldogs up 2-0.

In the top of the fourth inning, Cravey got the first batter to strikeout before back-to-back hits and a walk loaded the bases for Hokes Bluff.

The next batter then lifted a sacrifice fly to Sebaskin Stallworth in right field to cut the Andalusia lead down to 2-1.

Craven got the first batter to strike out to start the top of the fifth inning before things took a turn for the worse.

An error and then a wild pitch allowed Hokes Bluff to grab a 3-2 lead with one out in the inning.

The Eagles then got a pair of hits to jump out front 5-2.

Wilson was hit by a pitch to start things off for the Bulldogs in the bottom of the sixth inning and then came around to score off a double from Davis.

Davis, however, was thrown out trying to make it to third for the first out of the inning.

Hokes Bluff added run on a balk in the top of the seventh and then held off the Bulldogs for a 6-3 game-one victory.

“We didn’t deserve to win that game,” Andalusia head coach Tyler Dent said. “They played better defense than us, they pitched it better and got the timely hits. They deserved to win this game and we didn’t. We’ve got to come back tomorrow and focus back up. This is why we are in a three game series and not a one game series. We will be fine and I was proud of the way some of the guys competed. We have to be better in the field for sure. (Andalusia committed five errors in the game) We haven’t done that in a long time. I thought we did a good job early and then got worse as the game went along. We will be fine. We will get to bed tonight and focus back up and come back to work tomorrow.”

Andalusia and Hokes Bluff return to action for game two Wednesday at 4 p.m., at Riverwalk Stadium. If necessary, game three will be played 30 minutes after the conclusion of game two.