Lewis Carpenter, who was the first African American elected to serve on the Andalusia City Council, died Wednesday, May 27, 2020, at Mizell Memorial Hospital.

Mr. Carpenter was born in Crenshaw County on February 1, 1928. He was the fourth of eight children, and grew up in the Bullock Community just outside of Brantley. When he was 21, he moved with his parents to Andalusia, he told The Star-News in a 2012 interview. His parents purchased a home on Lowe Avenue, and he also purchased land on Lowe Avenue, anticipating that he would also want a home there one day. He and his wife, Myrtice Bryant Carpenter, made their home there for 58 years until they moved to Opp Health and Rehab.

In 1952, Carpenter was “called into service.” In his two years in the military, he spent 18 months in the Korean Conflict.

In 1959, he joined Covington County Bank, and worked there in several roles over a 33-year career. He also worked as a reserve deputy with the Covington County Sheriff’s Office for many years.

In 1980, when the peace time armed services draft was reinstated, Lewis was in the first class appointed to the Selected Service Board. He served in that role for 20 years, retiring in 2001. He also was a poll worker for many years.

In 1984, he became the first African American elected to the Andalusia Council, and received many accolades during his three terms of service. His election gained nationwide attention, and his story was featured in Jet magazine.

Carpenter was elected during at-large voting, meaning he had to run city-wide, and defeated a sitting council member to win his first term. Carpenter said he was encouraged to run by Mr. Will Coleman. 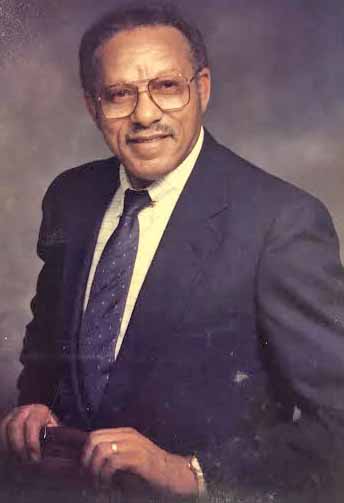 Jim Krudop was among those with whom Carpenter served on the city council.

“When I think of Lewis, I think of a very fine man, who was interested in Andalusia,” Krudop said. “He was always gentle, and had good, solid comments to make on how we could work together to make Andalusia better.”

Krudop said that it was in Carpenter’s first term that the council worked together to establish council districts, meaning council members no longer had to run for office city-wide.

In the 2012 interview, Carpenter said he was proud of several things accomplished during his council service, including improving sewerage treatment, increasing street paving, upgrading the police department, expanding the library and supervising the recreation department. He also appointed Andalusia’s first African American school board member, Sammy Glover, who currently holds an elected position on that board.

In June of 1999, Carpenter received an honorary associate of arts degree from Lurleen B. Wallace Junior College, and later served on the college’s advisory board.

Mr. Carpenter devoted his life to church, community and country. At a young age, he joined Jordan Grove Baptist Church in Searight, Ala., where he served as a deacon, church treasurer and in various other positions. In later years, he was a member of Grace Chapel Baptist Church in Andalusia, where he was an active member until his health failed.

He also was a member of Prince Hall Free and Accepted Masons of Alabama, with affiliations in the Rose of Sharon Lodge 196 and Del Rose Chapter 65, Order of the Royal Arch. He was always a kind and well-mannered gentleman.

His parents, H.D. Carpenter and Bessie Phillips Carpenter, and his seven siblings all preceded him in death.

His wife, Myrtice Bryant Carpenter, along with many nieces, nephews, extended family members and friends, will forever cherish his memory.