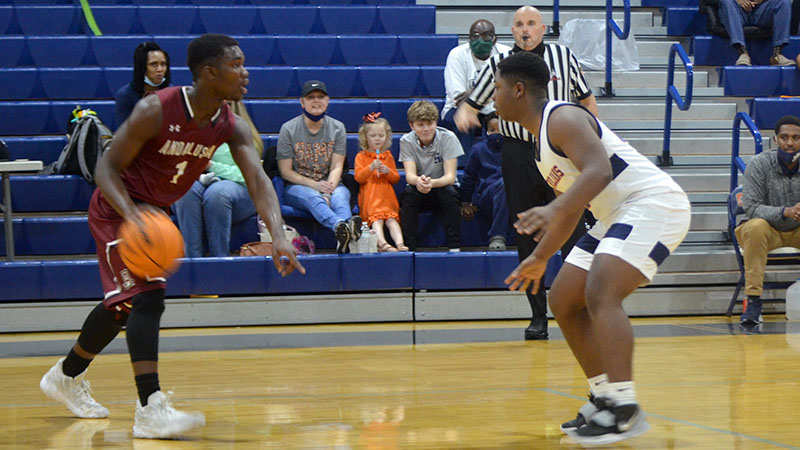 The Andalusia boys’ basketball team’s season came to end Wednesday at the hands of Charles Henderson, 56-42.

The Trojans will head to Greenville on Friday night where they will play for the area championship.

The Bulldogs scored the first five points in the third quarter and eventually went on a 9-2 run to get to within six at 32-26. But, the Trojans rebounded and closed out the quarter on a 9-1 run and went into the fourth leading 41-27.

The Bulldogs, trailing 46-29 in the fourth quarter, went on a 9-0 run to bring their deficit back to single digits, but ultimately ran out of time.