“Medical Marijuana is an oxymoron” so said addiction expert Theodore Parran, Jr., MD to attendees in his address at 2021 annual session of the Medical Association of the State of Alabama on April 16. Marijuana is actually a plant—not a medication. There are now four available FDA approved medications available in the US derived from Cannabinoids: Marinol, Cesamet, Sativex and Epidiolex. (Dr. Parran is Co-Medical Director, Addiction Medicine Fellowship and Professor and chair in Medical Education Case Western Reserve University School of Medicine. Ohio) Dr. Parran stated that he refuses to treat patients who continue to use marijuana because it interferes with the treatment for other addictions. 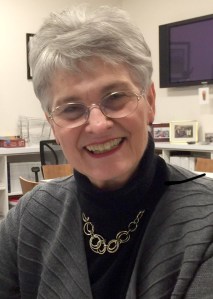 The so called “Medical Marijuana” law now being considered by Alabama Legislators allows a plant product to be dispensed that has not been subject to scientific standards to determine effectiveness, safety, adverse effects and how it impacts special populations (i.e.: children, adolescents, pregnant women and the elderly. ) It is not legal for me to write a prescription for it or for a pharmacist to fill it.  It is not paid for by Medicare, Medicaid, or private insurance.

My biggest fear, if this law is passed, will be the dumbing down of our future. If the legislature says marijuana is a “medicine, what message will that send   to children, adolescents, and pregnant women? “It must be safe. After all it’s a medicine…right?”

Medical marijuana laws in thirty-five states have led to the misconception that marijuana is not harmful. And yet it is, both in the short term and the long term.

Marijuana interferes with judgment, concentration, reaction time and coordination. It is the most prevalent drug detected in motor vehicle crash victims.

Marijuana interferes with brain functions such as memory, attention and problem- solving. Marijuana use in teens has resulted in lower grade-point averages and an increase in school and college drop-out.

Contrary to popular belief, marijuana can be addictive. According to the Center for Disease Control, 1 in 10 users will become addicted. That number rises to 1 in 6 for users younger than 18.

Marijuana used by mothers during pregnancy can impact their babies’ developing brains. It has been linked to problems with attention, memory, problem-solving skills, and behavior problems in their children.

A study published April 23, 2021 in the Journal of Addiction reported that the number of pregnant women using cannabis doubled between 2002 and 2016(probably an under estimate according to the researchers.) Women who used marijuana regularly during pregnancy were 13% more likely to have a low-birth-weight baby, and that baby was 35% more likely to die before his first birthday.

Marijuana users are significantly more likely than nonusers to develop temporary psychosis and long-lasting mental disorders, including schizophrenia. It has also been linked to depression and anxiety.

Most worrisome: data linking marijuana use to people with suicidal ideation, attempts and completed suicides are steadily increasing. My husband, the Medical Examiner in Escambia County, has found a very strong link between positive marijuana screens and accidental overdoses, suicide and death by gun violence.

I urge our legislators to abandon this legislation, for the sake of our citizens’ health and safety.