Why we honor veterans 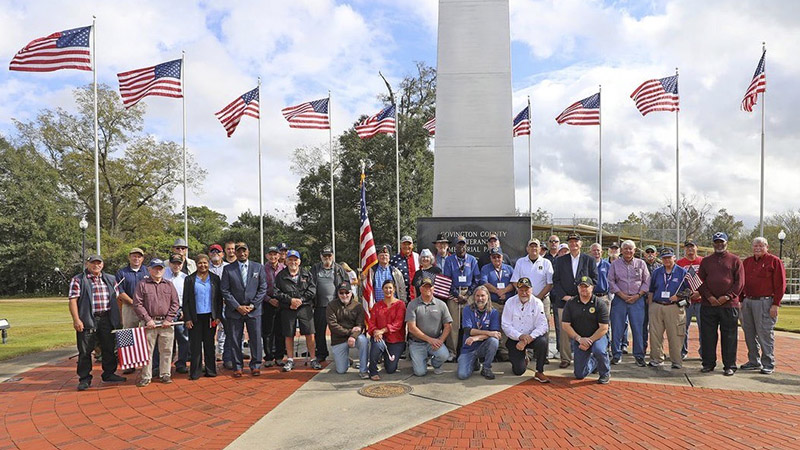 America honored her veterans this week. According to Pew Research, there are about 19 million veterans in the country today, which is less than 10 percent of the adult population. Most of us know a veteran or have relatives who were veterans. By definition, a veteran is someone who served in the military service of our country – but a veteran is much more than that.

All military personnel swear an oath of allegiance to the country:

All commissioned officers swear a similar oath. Some have called the act of joining our country’s military service, the equivalent to “signing a blank check to your country, one that can be cashed at any time, for any amount, up to and including your life.”

The ultimate goal of our military is to build a force that is prepared to fight. To do that, members of the military must be trained to fight as a unit – as a platoon, a company, a ship or a plane. In a military unit, members lose their individuality and become part of a cohesive team.

The team concept instills a great sense of camaraderie among the members. In heated battles, men fought with the knowledge that the man next to him had his back. That dependency in battle created friendships that spanned many years. In his book, “With the Old Breed at Peleliu and Okinawa,” author Eugene B. Sledge talked about the reality of battle, “War is brutish, inglorious, and a terrible waste… The only redeeming factors were my comrades’ incredible bravery and their devotion to each other. Marine Corps training taught us to kill efficiently and to try to survive. But it also taught us loyalty to each other – and love. That espirit de corps sustained us.”

Combat veterans deserve our gratitude for they have faced an enemy. That very act of courage under fire defines them – their life changed in that moment. Those that died will be remembered for paying the ultimate price. Survivors of battles speak about friends who didn’t make it. Many of them ask the question, “Why him and not me.” Talk to a combat veteran and he will tell you about his friends that didn’t make it. Humility is the hallmark of the veteran.

American legends have been created in wars. We’ve all read about some super-human feat, performed under the most difficult and dangerous conditions. Those acts of bravery are often described as “ordinary men performing extraordinary acts of courage. When asked about their actions, they are often reluctant to discuss it, saying, “I was just doing my job.”

When we thank a veteran for their service, we often forget about the sacrifice of the veteran’s spouse and family. Active duty military personnel are moved to new assignments quite often. It can be difficult for the family to put down roots and make friends because of the temporary nature of an assignment.

Families of soldiers and sailors deployed to a war zone have the added responsibility of managing things at home by themselves while worrying about the safety of their loved one.

We need to thank the families that served on the home front as well.

All veterans deserve the thanks of those they defended. Many veterans still bear the physical and emotional scars from their service. Countless families have suffered twice – once when they had to survive the absence of a family member and again when that family member returned home, suffering from PTSD. Thank a veteran and thank his family!

Someone said that “Freedom isn’t free.” America still is the “land of the free because it is the home of the brave.” Thanks to our veterans. May it ever be so! God Bless our veterans and may God Bless America.