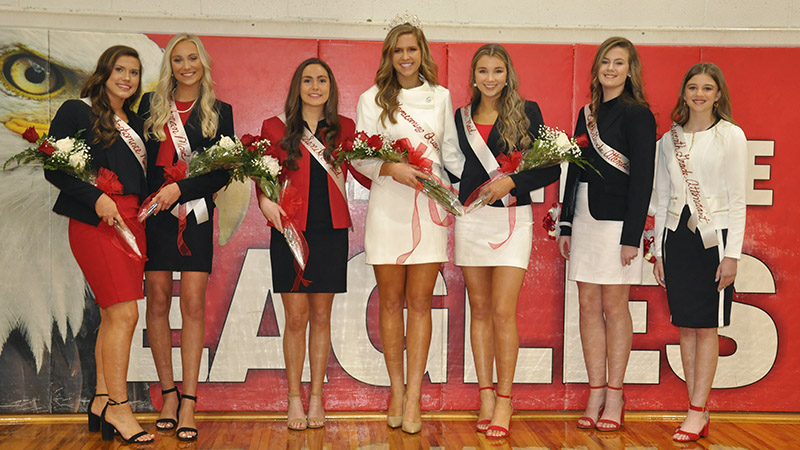 Amy Garner was named the PHS Homecoming Queen in a ceremony held after the first contest. 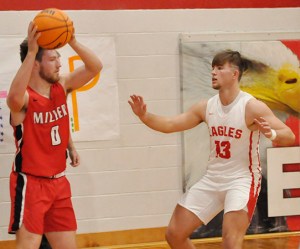 Mason Anderson hit a three in the initial period as the Eagles (7-5) led 9-6. Nick Short, Jordan Davis, and Ethan Curry pitched in two apiece. Nolan Atkinson, Trent Cooper, and Myles Johnson earned two each for the Tigers (6-7). Anderson continued to make his presence felt with five points in the second, while Curry and Luke Gatewood both carved up four. Heath Kirkland garnered five as Pleasant Home led Miller 24-15 at halftime.

The Tigers rallied for 12 points in the third and held the Eagles scoreless until the final two minutes. Atkinson and Kirkland combined for 10, but Anderson scored seven and regained the lead at 31-27 going to the fourth. Curry earned two baskets as Anderson added his third trifecta. Cooper had four points in the final period followed by Gage Mims at three.

Anderson was the scoring leader for PHS with 18 points, and Curry also finished with double digits at 10. Kirkland led TRM with nine in the loss, and Atkinson chipped in eight. Cooper and Johnson both grabbed six points.

Turnovers proved costly for the varsity girls who fell short 39-25. 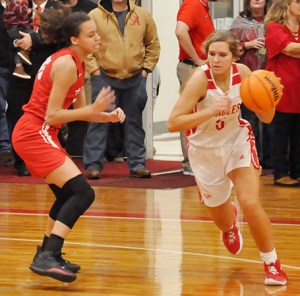 Amy Garner, right, looks to make a move to the basket for the Eagles against Jayden Mitchell of the Tigers.

Garner and Hope Warthen each picked up four points as Pleasant Home opened up an early six-point lead. Violet Kiser and Ty’keria Wright split the opposing eight, and Miller drew even at 8-8 after one period. Wright banked a three to give the Lady Tigers (10-4) their first lead of the game in the second. Garner knocked down a pair of jumpers, and Lexi Straughan added two free throws. The Lady Eagles (8-4) trailed 17-14 halfway through.

The third period was a bitter pill to swallow when TRM scored a dozen points. Wright scored 11 to help push the lead to 29-18 with eight minutes to go. PHS only mustered four from Hailey Ward and Warthen in the frame. Kiser had five points down the stretch for the Lady Tigers who tallied 10 in the final stanza. Warthen capped her night with four more, and Garner had two of the seven points for the Lady Eagles.

Garner and Warthen both notched 10 points and shared the team lead for Pleasant Home. Wright and Kiser paced T.R. Miller with 18 and 12, respectively, while Jayden Mitchell added five points.

The Pleasant Home B-team (12-0) kept their undefeated record intact with a 61-44 win over Miller in the opening game. Dillan Purifoy and Vance Kelley both finished with 18 points for the Eagles, and Jamison Huckabaa added seven.

PHS faces county rival Florala Tuesday, Jan. 11 for two varsity games beginning at 5 p.m. There will not be a B-team game.