Charles James (Jim) Sullivan III, age 75, passed away on Wednesday, May 4, 2022.  Jim was born in Pensacola, Florida on July 27, 1946. He spent most of his life in Lockhart, Andalusia and Montgomery, Alabama. 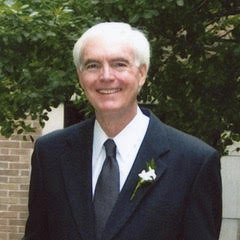 Mr. Sullivan was predeceased by his wife of 34 years, Susan Toler Sullivan and his parents C.J. and Ila C. Sullivan.

A member of the First Baptist Church of Andalusia, Jim taught Sunday school and preached in some of the surrounding towns. Jim had a way with words. He was a storyteller, a humorist and humanitarian, with a remarkable ability to communicate and listen.

Jim was a wide receiver and a graduate of the University of Mississippi. He completed his Master’s Degree in Banking and Finance as well as a J.D. at the University of Alabama.  After graduate school he moved back to Andalusia. There he became the president of the family business, Sullivan Furniture Store.

In 1983 Jim was appointed President of the Alabama Public Service Commission (PSC), an elected office which he held for over 20 years. During his tenure at the PSC he founded and created the World Forum on Energy Regulation, a leading international conference. Key industry players, high level policy makers, academics and regulators from all over the world gather at this forum to exchange ideas.  Jim was Chairman of the Republican Victory 2000 and the President of the National Association of Regulatory Utility Commissioners (NARUC). He served as an advisor to the Board of Directors of the Institute of Nuclear Power.  Jim sat on many Boards including: Keystone Energy Board, Argonne Laboratory of the University of Chicago, National Regulatory Research Institute, Empire District Electric Company, Andalusia Chamber of Commerce, Andalusia City Board of Education, Leukemia Society of America and Glenwood, Inc.

At the time of his retirement at the PSC Jim was the longest serving Commissioner in the United States.

After 25 years as a public servant Jim moved to Birmingham, Alabama. He joined the Glenwood Board of Directors and chaired Glenwood’s adult services campaign, which raised over three million dollars and expanded residential and day services for adults with autism. This campaign also funded the construction of a new educational facility. The board named the new building The Sullivan Center in honor of Jim and his late wife Susan. He was chairman of the board of directors for two years and remained on the board for another 10 years. For the last 14 years he has lived in Birmingham with his wife, Toody White. As president of The Sullivan Group, Jim was an advisor to Power South, Nuclear Energy Institute, Electric Energy Institute, Southern Company and American Electric Power as well as a number of other electrical energy institutions.

Jim’s hobbies included photography, hunting, fishing, writing and architectural drafting. He developed and constructed homes in Walton County, Florida, where his family spent many happy days with him at Grayton Beach and the surrounding area.

The family would like to thank his caregivers: Jennifer Murphy, Rosetta Murphy and Richard Powell.

A memorial service will be held at the Mountain Brook Baptist Church on Saturday, May 7, 2022 at 11 a.m. with visitation starting at 10 a.m.

In lieu of flowers, you may contribute to Glenwood, Inc. or Children’s Hospital of Alabama.