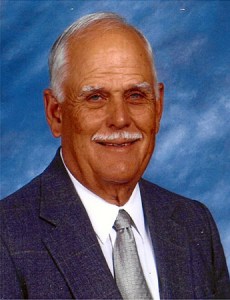 Charles Willis is this year’s Trail Master of the Year.

Although Willis has stepped down as president, he plans to continue being an active Trail Master in the future.

According to those involved in the Trail Master award, Willis loves his community and has certainly been a “mover and shaker” in Opp and Covington County. He is active in the Opp Church of Christ, serving as a teacher and helping with the food programs. Additionally, Charles and his wife, Noreta, have served as foster parents to more than 80 children over a 22-year period. Due to their ages, they have recently given up fostering; yet, Willis continues to co-lead in training and teaching foster parents.

Willis currently serves on the Opp Utilities Board and is Chair of the Opp Housing Authority Board. He also continues to assist in the Rattlesnake Rodeo and is an inspector for the local voting precinct.

In the recent past, Wilis has served several terms as a director for the Opp Chamber of Commerce Board and was President for one term.  He also served for more than ten years with the Downtown Re-development Authority.

Willis’s leadership and fidelity to his community have been recognized in the past.  He was inducted into the Opp Hall of Fame in 2016, and in 2019, he and Noreta were awarded the Spirit of Opportunity for being shining stars for our city, actively involved in our community thorough community service, exhibiting a sincere love and respect for the City of Opp, and extolling the City of Opp.

“Without a doubt, Charles Willis has left his footprints on our city and county. Congratulations to Charles on receiving this award,” said Opp Chamber of Commerce Director Kelly Brandin.

Willis will be recognized, along with other award recipients, at this year’s Opp Hall of Banquet to be held Thursday, June 23, 6:30 p.m., at the Opp First Baptist Church Fellowship Center. Tickets for the event are $30 and may be purchased at the chamber office.