Mr. Bill Ingram, 88, of Andalusia, passed away peacefully on May 19, 2022, at his residence surrounded by his loving family. 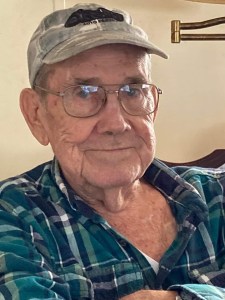 Services will be held on Saturday, June 25, noon, at Mt. Pisgah Baptist Church on Antioch Road with Bro. Ed Ganus Officiating. Visitation will be with the family one hour prior to the services.

Bill was a faithful member of Mt. Pisgah Church and was saved by grace and baptized into the faith of the Lord Jesus Christ.

Bill was born on November 12, 1933, and raised in Josie, Alabama, where he worked in a Cotton Mill before he moved to Dimondale, Michigan, where he was employed by General Motors for 26 years. His love for racing took root in Michigan and never let go. He made a name for himself in the “Pink Pig” #15 dirt car. He used his extensive automotive knowledge to build cars from the tires to the roof in all aspects and then be able to drive them to the checkered flag. He passed this love of racing onto his sons and now his grandson AC. He then moved back to Alabama settling in Athens, and then later, upon retirement from General Motors Alabama, he moved to Andalusia. He made his home here enjoying of course racing, CB radio, fishing, and just being with his friends and family.