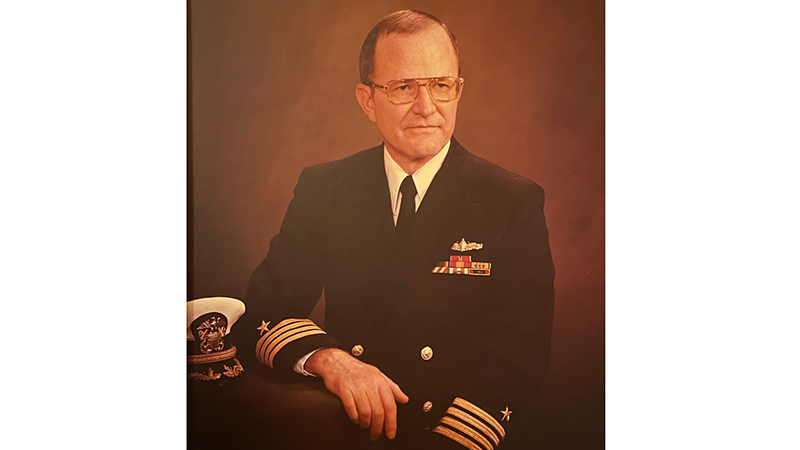 Jimmy Tadlock and the author often shared “sea stories” about our years serving as Surface Warfare Officers aboard U.S. Navy destroyers. Becoming a good ship-handler is the goal of every officer in the surface Navy. One of Jimmy’s stories was offered as a cautionary tale about ship-handling, and the difficulty an Officer of the Deck [OOD] has with conflicting orders.

Jimmy and the author had both navigated the entrance to the San Juan, Puerto Rico, harbor. Under normal weather conditions, entering the wide, beautiful harbor was be a bit tricky. The beautiful, old Morro Castle, sitting off to the port side as you enter, can be an inviting distraction for the unwary. The OOD had to be informed with a plan of action because the tides and sea currents were swift and strong enough to cause the ship to “have a mind of its on.” If you added to those conditions, a strong 30 knot cross-wind, you had a recipe for disaster.

There is a maxim known to all surface warfare officers, “Never find yourself in a closed room, sitting at the end of a long green table with everyone drinking coffee but you.” That’s a simplified description of a Court Martial which often occurs after a ship runs aground. My friend Jimmy Tadlock was able to avoid running his destroyer aground by disobeying an order. He steered his ship safely through the danger, even though his course of action did not comply with a senior officer’s order. To say that it took guts doesn’t begin to describe the enormous risk Jimmy was taking, but he stood by his informed decision. If you knew Jimmy Tadlock then you understood.

James David Tadlock was born in Andalusia, Alabama, on January 18, 1938. His parents were Joseph and Mollie Tadlock. Jimmy graduated from Andalusia High School in 1956 and received a full scholarship to Alabama Polytechnic Institute [now Auburn University] through the Naval Reserve Officer Training Corps [NROTC]. Jimmy graduated from Auburn in 1960 with a BS in Aeronautical Engineering. At graduation, he was commissioned an Ensign in the Navy and assigned to the USS Soley [DD-707], as First Lieutenant, in charge of the deck department.

Jimmy Tadlock married his high school sweetheart, Grovernell Little, in August 1960. Her parents were Grover and Hester Little [Grover was a business partner with the author from 1969-1978]. Grovernell had a younger brother, Ted Little, who later became a state senator from Lee County, Alabama. Jimmy and Grovernell had one son, Grover. Jimmy had an older brother, Bill J. Tadlock [Romaine], who owned and operated Covington Building Supply in Andalusia for many years.

Jimmy later served as Weapons Department Head onboard the USS Fox [DD-779] before serving as Assistant Director, Fleet Support Division, Naval Ordnance Systems Command, Washington, DC. While at the Pentagon, he was involved in the early planning for the Top-Secret Aegis Ballistic Missile Defense System. The Aegis ship combat system is an integrated collection of shipboard computers, sensors and software, connected to the ship’s defensive weapons. It was designed to defend ships from aircraft, anti-ship cruise missiles and both surface and subsurface threats.

In 1968, Jimmy was assigned as the Fleet Command Advisor aboard a Republic of Vietnam naval ship where he assisted and advised the commanding officer in areas of logistics, maintenance and operations. Upon completion of his tour in Vietnam, he reported aboard the USS Stormes [DD-780] as executive officer. As second-in-command, Jimmy was responsible for shipboard training, operational readiness and all administrative functions of the ship. 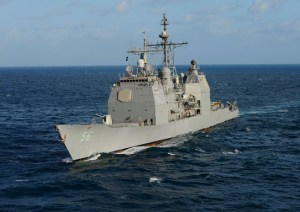 At that point in his career, Jimmy transitioned from sea-going line officer to Engineering Duty Officer and reported to Naval Postgraduate School in Monterey, California. There he received his MS in Electronic Engineering in 1972. He also received a MA in Materiel Management in 1973. His new assignments would be in management positions ashore.

His next duty assignment in 1974 was as Assistant Ordnance Officer, Naval Weapons Station at Yorktown, Virginia. His duties included all planning and operations related to the production, maintenance and storage of various ordnance items including ammunition, rockets, torpedoes and missiles.

In 1976, Jimmy was sent back to the Pentagon where he was Program Administrator for the Naval Material Command. He was responsible for the exploratory development of Navy and Marine Corps gun and missile propulsion systems. The job required long-range planning for future technology requirements and administering a $20 million budget.

From 1979-1983, Jimmy was the Director, Gunfire Control Systems for the Naval Sea Systems Command at the Pentagon. His work again involved the Aegis Ship Combat Systems. He managed the performance of 22 civilians and two military officers and oversaw a $25 million workload budget.

In his last assignment, Captain Jimmy Tadlock became the Commanding Officer of the Naval Ordnance Station at Indian Head, Maryland. He would serve there until his retirement in 1987.

He supervised 15 department heads and managed in-house and contracted technical activities relating to engineering, production, repair and logistic support for Navy weapons and explosive ordnance. Among other items, they produced rocket fuel. He commanded a workforce of 37 military personnel and 2,200 civilians and was responsible for administering a $170 million budget.

The author and his wife were invited to Captain Tadlock’s Change of Command ceremony in 1983 and considered it an honor to attend. It was the last time we were able see Grovernell. She developed cancer and died February 10, 1989.

In 1990, Jimmy married Jean Bean. They had been married for 32 years at the time of Jimmy’s death on May 21, 2022. After a memorial service in Virginia, Captain James Tadlock’s ashes were flown back to his hometown and he was buried next to his first wife, Grovernell, at Abel Cemetery overlooking Gantt Lake.

He was survived by his wife, Jean; his son, Grover Tadlock and wife, Sheri; grandchildren Nathan and Rey Tadlock; several stepchildren whom he considered as his own, Regina Liechti and husband Tom, Alan Bean and wife Sheri and Marcia Dermatas and husband, John; several step-grandchildren and one step-great grandson and several nieces and nephews.

Jimmy’s son Grover, said this about his Dad, “As a Navy man, he loved the ocean and the fact that he could sail into one man’s sunset as it became another man’s sunrise…He served his country boldly for more than 30 years, but served his family lovingly for a lifetime.”

The author considered Jimmy Tadlock the ideal Naval officer, intelligent with a quick grasp of the facts and leading with a confidence that inspired those serving with him.

Thanks to Grover Tadlock for sharing his Dad’s service information. To my friend, Captain Jimmy Tadlock, “Fair winds and following seas.”