Three assistant football coaches at Andalusia High School and one at Opp High School were chosen to attend the 35 Under 35 Summit in Birmingham on Saturday, June 18.

Nominations were made throughout Alabama for the top 35 coaches under the age of 35. The Summit chose 35 of the top up and coming head coaches from across the state and gave them the opportunity to hear and learn from some of the most established current and former head coaches in the state. 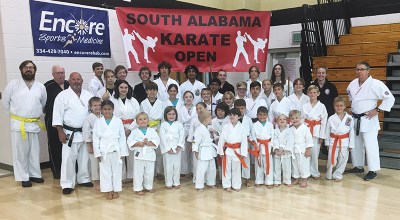