Harry Stuart Culpepper III, 84, peacefully passed away from natural causes on June 26 at his assisted living home in Atlanta. 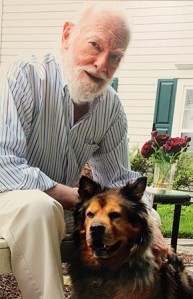 Known by his middle name, Stuart, he was born in Atlanta on March 15, 1938, attended public schools in Andalusia, Alabama, and graduated from the University of Georgia in 1960 with a bachelor’s degree in Journalism.

Stuart worked first for the Montgomery Advertiser and then for the Atlanta Constitution, where he was a theater critic. His interest in theater led to his becoming an actor and establishing in the late 1960s, Atlanta’s first dinner theater. After having brief acting forays in New York City and Hollywood, he concluded that he would rather be a big fish in a little pond, and for the balance of his career, lived in Atlanta. Acting is a difficult field in which to make a full-time living, but he thrived on stage, TV and screen, always having a busy schedule. He became known for having the “Voice of God”, and that led to performing voice-overs for a wide range of radio and television commercials, including for Ford Trucks and QuikTrip. Sadly, dementia brought his career to a close about 15 years ago.

Though a life-long bachelor, he adopted a 16-year-old boy, Jonathan, who later married and had a son, Jacob. Stuart lived in the same home in the Morningside area of Atlanta for over 40 years. He loved gardening and filled his backyard with azaleas, hydrangeas, and flowers and herbs of all kinds along a path leading to a hillside gazebo. This home became a wonderful place for his dogs to play and to raise his beloved grandson for ten years.

He was predeceased by his parents, Stuart and Elaine Culpepper, and a brother, Steve Culpepper.

A memorial service will be held on Wednesday, July 6, at 11 a.m., at H.M. Patterson & Son-Oglethorpe Hill Chapel.