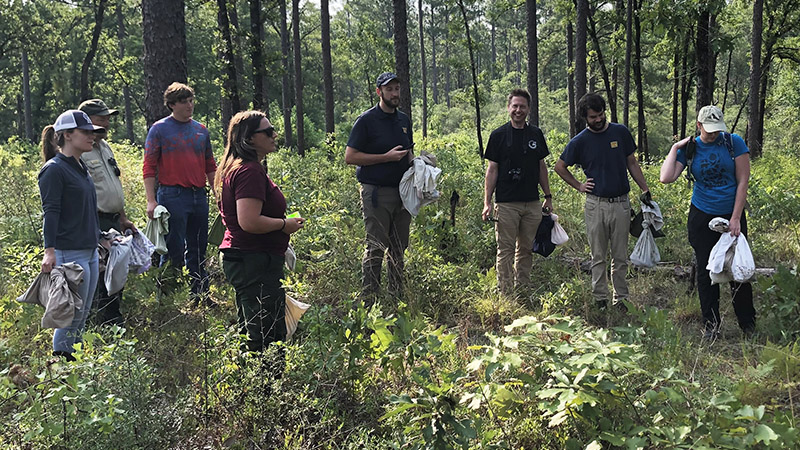 The Central Florida Zoo & Botanical Gardens’ Orianne Center for Indigo Conservation (OCIC) released the snakes on June 25 as part of its efforts to reintroduce the threatened species to its native territory. The latest release brings the organization’s tally to 227 snakes reintroduced in the Conecuh National Forest.

“The eastern indigo snake is known as the emperor of the forest,” said Dr. James Bogan, director of the OCIC. “We love knowing that these latest snakes now have the opportunity to take that title, and we’re proud that we have been able to restore essential balance to this important ecosystem through our work over the years.”

The eastern indigo snake can grow up to eight feet long, and it is America’s longest snake. It is native to the southern longleaf pine ecosystems of Georgia, Alabama, Mississippi and Florida, relying on gopher tortoise burrows for shelter in these areas. The eastern indigo is essential for habitat balance. As an apex predator, the non-venomous snake eats small animals and other venomous and non-venomous snakes. 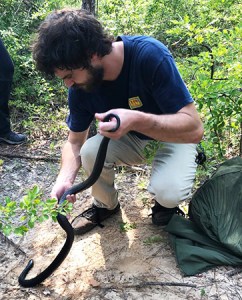 The OCIC is working to reintroduce the threatened indigo snake back into its native habitat. In all, a total of 227 of the snakes have been released in the Concecuh National Forest. (SUBMITTED PHOTO)

The snake’s territory was previously deeply restricted due to habitat loss, habitat fragmentation and the decline of gopher tortoises. Since the reintroduction program began, the population has started to rebound, with field camera and foot survey sitings.

The snakes released by the OCIC on June 25 were bred and hatched at the OCIC’s facilities in Lake County, Florida. After a year, they were transferred to the Zoo Atlanta to further grow and prepare for reintroduction. The OCIC is the only captive breeding facility for the eastern indigo snake with the sole purpose of releasing the offspring into regions where the population has been extirpated.

Earlier this year, the OCIC took part in another release at The Nature Conservancy’s Apalachicola Bluffs and Ravines Preserve, bringing the total number of snakes released there to more than 100.

The OCIC’s mission is to re-establish this threatened species into its former range. For more information on the OCIC and its efforts, visit https://www.centralfloridazoo.org/about-the-zoo/ocic-2/

The Central Florida Zoo & Botanical Gardens is home to over 300 animals in Sanford, Florida. As a not-for-profit organization, it is a leader in conservation, providing experiences that excite and inspire adults and children to learn and act on behalf of wildlife. More information is available at www.centralfloridazoo.org.