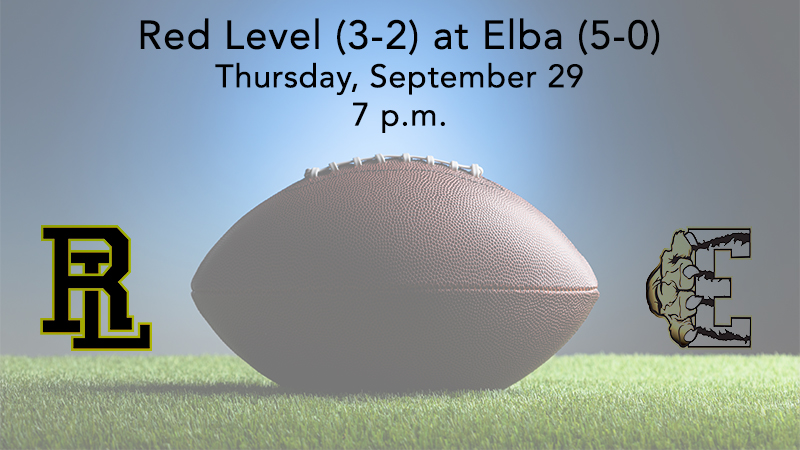 The battle of the Tigers will be played for the first time in three years and seventh time overall. Elba holds an all-time series lead of 5-1 against Red Level.

“I’m thankful for the shorter trip this week and glad it’s not going to be two hours plus. Elba is tough and undefeated playing really well right now. They’re a fast, tough, and physical football team. We will have to play without mistakes to give ourselves a chance. If we play like we have been playing, I expect nothing less than a good football team,” said Head Coach Kenny Skipper.

Skipper said that, based on the teams’ roster sizes, Red Level was overmatched in last week’s game at Bullock County. “We made some mistakes going against a 4A football team. They have 50 something kids playing every Friday night, and I only have about 14 out there,” he said.

Skipper was proud of the Tigers for the effort they put forth in the non-region game.

“Our guys played extremely well for the atmosphere they were in and dug their heels in. We had our opportunities and had the ball in the red zone before some bad snaps got us. We scored with about a minute and 40 seconds left, but it was called back due to a holding call. With a long road trip like that, they did exactly what we needed them to do and fought all night. It was just a good, hard-fought high school football game.”

EHS defeated RLS, 63-14, during the 2019 season. Red Level went to Bullock County last week and came up just short 7-0, while Elba had little trouble at home and dispatched Providence Christian, 40-7.