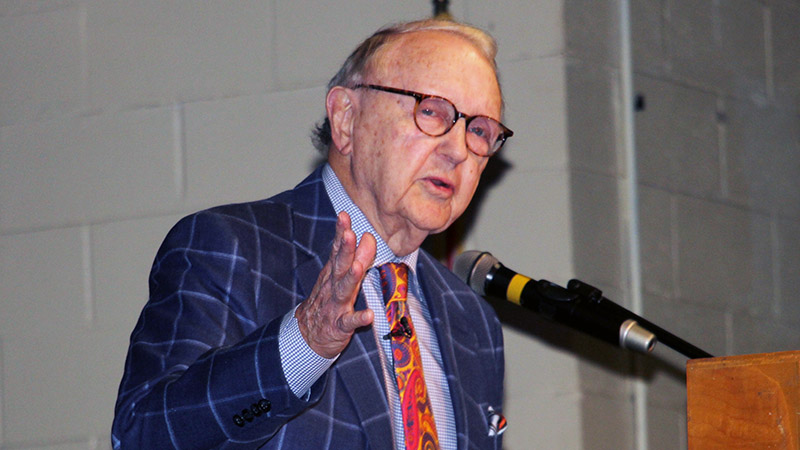 Supporters and patrons of Sav-A-Life of Covington County gathered Monday for the organization’s 30th annual banquet.

A crowd of over 300 gathered at the Kiwanis Center in Andalusia for the event, which included recognition of Sav-A-Life’s staff members, board of directors, volunteers and others.

According to a review of annual statistics, Sav-A-Life has received 496 client visits so far in 2022, providing 265 pregnancy tests and 184 ultrasounds. In addition, the organization identified seven clients as “abortion vulnerable” with at least five of those opting to see their pregnancies through.

The guest speaker for the event was Rev. John Ed Mathison who served 36 years as the senior minister at Frazer Memorial United Methodist Church in Montgomery.

While the U.S. Supreme Court’s decision that overturned Roe vs. Wade earlier this year was a success for pro-life supporters, Mathison said the work to protect the unborn must continue.

“We celebrate what has happened in the Supreme Court, but let me warn you, maybe the biggest task is still ahead. The bigger the task the more God will provide to meet the challenge. Don’t ever think anything is too big for God. Just recently, Vice President Kamala Harris said on the anniversary of Roe vs. Wade, ‘we recommit ourselves to ensure that everyone has access to care including reproductive healthcare.’ That is what we are up against and they are not going to give in and we have to move forward,” Mathison said.

Jan White, a member of the Sav-A-Life Board of Directors, recognized Jan Gager who retired this past year as a nurse manager.

Sara Martha Miller, who filled the nurse manager position, presented Gaiger with a bouquet of flowers.

Sav-A-Life Executive Director Christy Watts also spoke, sharing a testimony from one of the organization’s clients.

Music was provided by Beth Dean.

Also recognized during the event were members of the group’s prayer team as well as the event’s corporate sponsors.