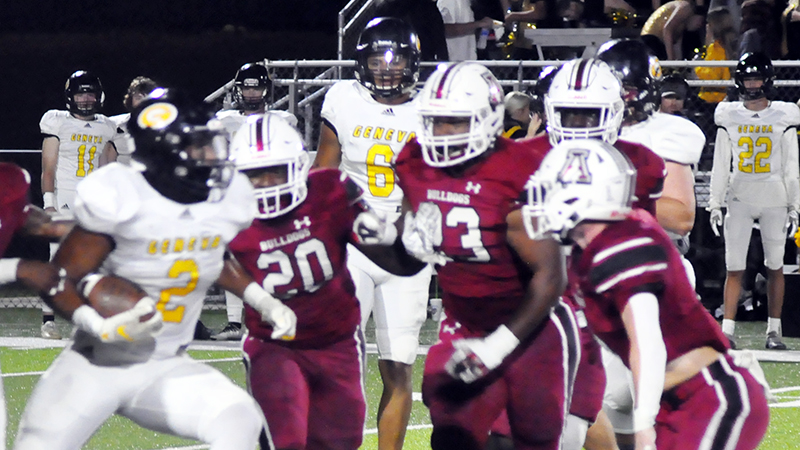 Andalusia received a complete team effort on offense, defense, and special teams and remained unbeaten with a 69-19 region win over Geneva in football action Friday night. 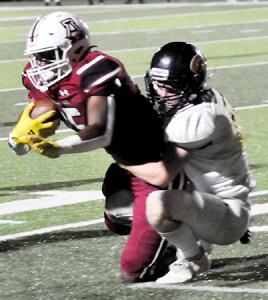 Andalusia’s Jordan Stallworth makes a reception during the second quarter of the Bulldogs’ 4A Region 2 home game against Geneva.

“I’ll be honest with you. We were a little bit flat, and it was the first time all year I had seen that in the first half. We did the things we needed to do and were able to get a lot of guys on the field in the second half. As a matter of fact, I don’t think anybody didn’t see the field, which was good to see. It was great to be back home tonight, and we look forward to next week,” Head Coach Trent Taylor said.

Trent Mitchum returned the opening kickoff 14 yards to the 25-yard line. The Panthers quickly went three-and-out as Dorean Crittenden delivered a huge sack on third down and forced a punt. The Bulldogs struck the scoreboard first on just two plays and 35 seconds. Following an 11-yard run by J’Marion Burnette, Jack Lathrop threw a 32-yard touchdown pass to Kaden Denson. Cobb Stewart added the PAT for a 7-0 lead with 9:13 left in the opening quarter.

Andalusia (7-0, 4-0 4A Region 2) only allowed a yard on defense and regained possession after a second consecutive three-and-out. Burnette moved the chains with a 12-yard run before Lathrop hit Connor Dalton on an 18-yard strike into opposing territory. Three plays later, Crittenden converted a third down and capped an eight-play, 69-yard drive with a 2-yard run into the end zone. The PAT failed and left the score 13-0. Geneva (2-5, 0-4) was unable to pick up a first down on its next possession and forced into another punt. 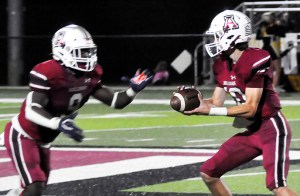 Tycamren Jackson returned Rhett Shiver’s punt 73 yards to the house, and Stewart split the uprights for a 20-0 lead. The Panthers earned their initial first down of the game on an 11-yard run by Kingston Tolbert before the drive stalled near midfield. The Bulldogs fumbled on the first play of their next drive and gave the Panthers the ball at the home 33-yard line. Michael Moore threw a 9-yard pass to Tayshun McReynolds and picked up a first down at the end of the first quarter.

Three plays into the second quarter, Moore had an 8-yard touchdown run and brought Geneva within 20-6 at the 10:25 point. Andalusia answered back with a 12-play, 60-yard drive and took nearly five minutes off the clock. Lathrop threw an 11-yard pass to Jordan Stallworth that led to a 2-yard touchdown run by Crittenden. Stewart’s PAT was good for a 27-6 lead. The defense made yet another stop before the offense scored just before halftime. Lathrop had a 15-yard run on third down and set up a 5-yard touchdown run from Burnette for a 34-6 lead at the break. 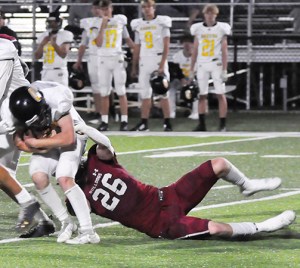 The Bulldogs wasted no time and opened the second half with a score on the first play from scrimmage. Lathrop connected with Denson for a 66-yard touchdown pass, and the PAT was good for a 41-6 lead. Riley Tucker intercepted a pass by Moore on the next drive as the offense added to its total. Lathrop threw a 21-yard touchdown pass to Denson and increased the margin to 48-6. The second string then entered the game for the hosts. The Panthers used a six-play, 65-yard drive and received a 7-yard touchdown run by Noah Johnson. The PAT was good and put the score at 48-13.

Noah Curry had a 17-yard touchdown pass to Dylan Jackson, and Andalusia took a 55-13 lead at the end of the third quarter. Geneva converted on third and goal with a 14-yard touchdown pass from Moore to Treston Morris on the first play of the final quarter. The two-point conversion was denied, and the score remained 55-19. Zerrick Jones added two touchdowns of six and 44 yards for the final scoring tally. 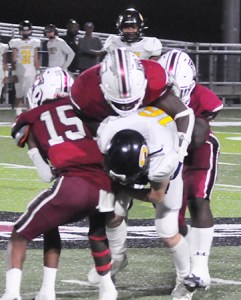 Garrett Blackston led the strong defense with 6.5 tackles and was followed by Dorean Crittenden and Joshua Riley who each had four. Jacob Sellers, Denson, and Tucker tallied three tackles apiece.

Andalusia will remain at home Friday, Oct. 7, and welcome Slocomb (3-3, 3-2) in another region matchup. It will be the first-ever meeting between the Bulldogs and Red Tops.