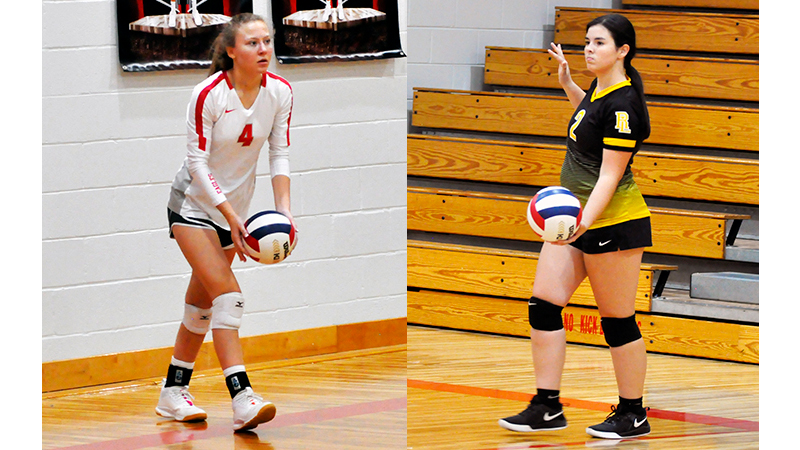 SET 1 (Pleasant Home 25, Red Level 19)
Elizabeth Cross gave Red Level an early 2-1 lead with an ace in the first set. Hailey Ward delivered a kill and served three straight aces during a 10-2 surge as Pleasant Home took an 11-4 lead. Bailey Johnson and Meredith Wilson each added a kill, while an ace by Ivy Youngblood upped the margin to 16-6. Summer Beverly hit a mighty kill, and Cross earned an ace as the Lady Tigers closed the deficit to four points at 17-13. The Lady Eagles regained momentum back and built a 23-15 cushion. Kaitlyn Beverly notched two kills down the stretch until Wilson ended the set with a thundering kill.

SET 2 (Pleasant Home 25, Red Level 11)
Wilson began the second set with three straight aces and led the Lady Eagles to a fast 5-0 start. Cross drew the Lady Tigers even at 5-5 with consecutive aces. A kill by Ward and an ace from Baylee Henderson shifted momentum the other way for a three-point lead. Summer Beverly cut the score to 8-7 with an ace before Pleasant Home took control. Kayden Weaver collected four aces in a row, and Ward added two aces during a 14-1 home surge. Bailey Green trimmed the deficit down to 22-10 for Red Level, but Johnson capped the frame with a vicious kill for a 2-0 lead.

SET 3 (Pleasant Home 25, Red Level 10)
Pleasant Home opened the third set with a 5-1 lead on the strength of three aces and a kill. Red Level sliced the deficit to 7-4 until Ward and Wilson each had a kill. Ward hit back-to-back aces and padded the lead to 13-4. Summer Beverly called her own number with a kill and brought the Lady Tigers back to 17-8. Four aces by Wilson during another 6-0 run pushed the score to 23-8. Ward earned a kill for match point, and Briley Douglas concluded the sweep with an ace.

Both teams will return to action Tuesday, Oct. 4. Pleasant Home is scheduled to host New Brockton and T.R. Miller in a tri-match beginning at 4 p.m. Red Level travels to Elba for a junior varsity/varsity doubleheader starting at 4 p.m.