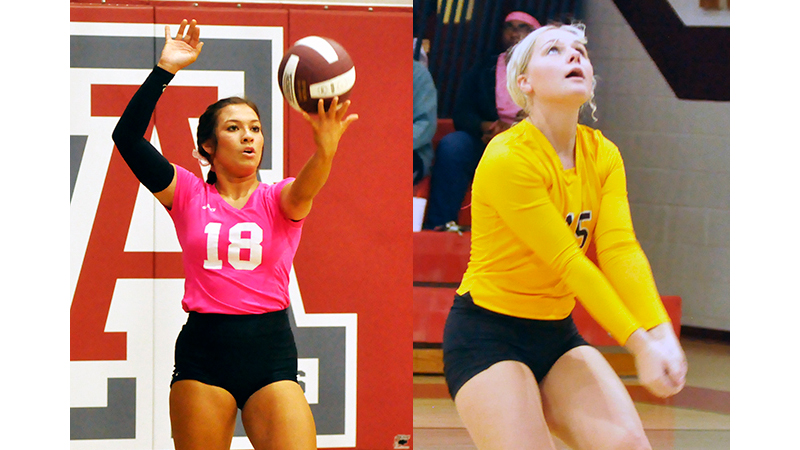 Andalusia continued its strong season and celebrated senior night with a 3-0 sweep against Opp in volleyball action Thursday. 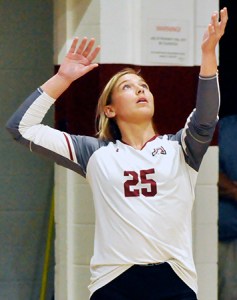 Taya Newton looks to make a powerful serve for the Lady Bulldogs.

“The girls have been consistent. I’m very proud of them for playing hard and showing communication with each other. We go to Dothan on Saturday, and I hope to continue winning,” AHS Head Coach Angie Grimes said.

SET 1 (Andalusia 25, Opp 11)
The two squads split the first eight points of the match. Zion Williams gave Andalusia a 6-4 lead before Brooke Butler drew Opp even at 7-7. Ashland Kelley scored an ace, and Taya Newton delivered a kill as the Lady Bulldogs took a 14-9 margin. Cuba Wiggins and Kaylie Whitehead had a block and brought the Lady Bobcats within four at 15-11. Kelley earned two more kills down the stretch before a 10-0 finish sealed the opening set.

SET 2 (Andalusia 26, Opp 24)
Isabella Grissett tied the score at 1-1 with a kill in the early stages of the second frame. The Lady Bulldogs then took a 4-2 lead with a kill by Williams and an ace from Newton. Haylei Henagan picked up two kills and sliced the deficit to 5-4. The Lady Bobcats then took a 9-8 lead only to see Williams deliver three more kills for a 14-11 advantage. Amaya Womack earned three aces and a kill during a 7-2 run that gave Opp a 19-16 lead. Whitehead increased the margin to 20-18 with a kill. Eliana Forry tied the score at 20-20 with an ace before Briana Toney gave Andalusia a 23-21 cushion with back-to-back aces. Williams finished off the set with a block for a 2-0 lead in the match.

SET 3 (Andalusia 25, Opp 17)
Amiya Thompson gave Opp a 5-3 lead in the third set with a pair of kills. A block from Kelley and an ace by Toney swung momentum back the other way for an 8-6 lead. Megan Pinson evened the score at 8-8 with a kill before Andalusia pulled away. Two kills by Kelley opened up a five-point lead at 17-12. Newton put the Lady Bulldogs up by seven with a kill and took the score to 22-15. The Lady Bobcats cut the deficit to 23-17, but Williams and Newton delivered a block for the final point and ultimately the sweep.

Kelley paced Andalusia with 11 kills, two blocks, and a dig. Williams added eight kills, a block, and an assist, while Newton earned six kills. Sarah Beth Grimes and Forry each had 11 assists, as Cape Merrell chipped in four kills and three blocks. 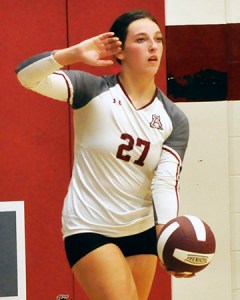 Eliana Forry looks ahead to the Opp defense and sets up for a serve.

Andalusia will close out the regular season at the Dothan tournament Saturday, Oct. 8. Opp turns focus to the area tournament Wednesday, Oct. 12, and meets New Brockton in a semifinal match at Straughn.