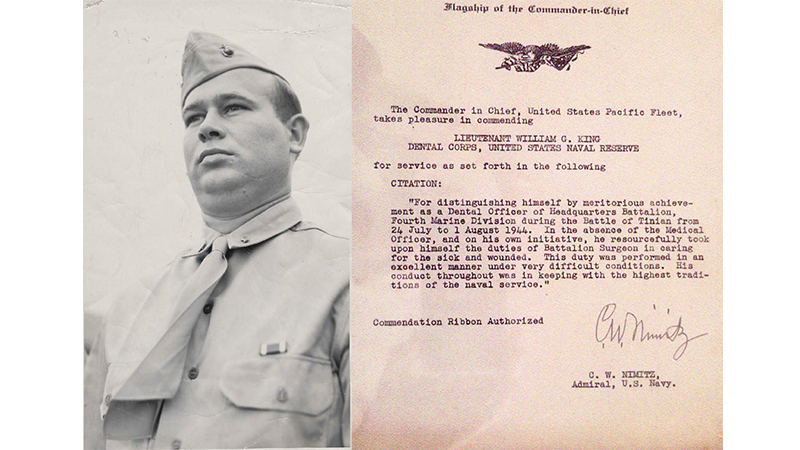 Somehow, the young man from Luverne, Alabama, had not envisioned himself on the black, volcanic rock of an island called Iwo Jima when he graduated from dental school. He was less than three years out of a small dental college in Atlanta, when he found himself pulling teeth as well as treating wounded Marines on Iwo Jima. Lieutenant William G. King had already distinguished himself during the Invasion of Tinian and earned a letter of commendation from Admiral Chester W. Nimitz, Commander-in-Chief, U.S. Seventh Fleet. 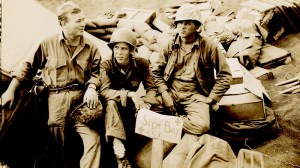 William Green King was born on July 19, 1918, in Luverne, Crenshaw County, Alabama. His parents were Charles Tema King and Stella Beal King. After graduating from Luverne High School in 1936, King enrolled at Presbyterian Junior College in Maxton, North Carolina. After he graduated, from there, he enrolled in Atlanta Southern Dental College in Atlanta, Georgia, graduating in June 1942. During his senior year at dental school, King was commissioned as a Lieutenant [Junior Grade] in the U.S. Navy Reserves.

The young dentist practiced for a short time in his hometown of Luverne, Alabama, before being called to active duty and sent to Corpus Christi Naval Air Station, Corpus Christi, Texas. Lt. William King had bought a new 1941 Ford convertible. You can imagine the popularity of the newly commissioned Navy officer among the ladies of Corpus Christi. When he completed his training in Texas, he was ordered to Camp Pendleton Marine Corps Base near San Diego, California. King drove his car to California, sold it and placed the money in a safety deposit box for the future purchase of an engagement ring.

Camp Pendleton was the home of the 4th Marine Division and King was assigned to the HQ Company, HQ Battalion, 4th Marine Division. After training was completed at Camp Pendleton, the 4th Marine Division was shipped to Camp Maui on the Hawaiian island of Maui. Camp Maui was the Amphibious Training Center for the Marines who were about to become part of the Allied island-hopping campaign in the Pacific. Amphibious warfare required intensive combat training and the coordination of air, sea and ground forces. During the tough, two years that the 18,000 Marines practiced amphibious landings at Camp Maui, they suffered more than 1,100 casualties and 212 deaths. The 4th Marines left Camp Maui for the invasion in the Marshall Islands [Majuro, Kwajalein and Eniwetok] in January 1944. 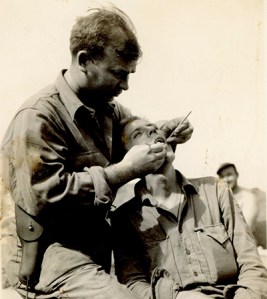 After the Marshall Islands campaign, the 4th Marine Division invaded the Marianas Islands [Guam, Saipan and Tinian] in June 1944. Lt. William G. King took part in the invasion of Tinian. The 4th Marines suffered some 1,906 casualties on Tinian, of which 290 were killed in action. When the battalion surgeon became incapacitated by wounds, Lt. King took over his duties, treating the sick and wounded. For his personal initiative in taking over the duties of the battalion surgeon on Tinian, King received a letter of commendation from Admiral Chester. W, Nimitz [a copy of which accompanies this article]. The author could find no other evidence of any such commendation for a Navy dentist during WW II.

In August 1944, the 4th Marines returned to Camp Maui to recuperate and replenish men and supplies. By January 1945, the Marines were ready to begin the 4,000-mile voyage to Iwo Jima. The invasion of Iwo Jima began on February 19, 1945 and the island was not considered secure until March 26. Lt. William G. King found himself thrust into the middle of what is considered the greatest battle ever fought by the United States Marine Corps. And once again, King would take on the duties of a dentist and a doctor.

The work to save lives on Iwo Jima was an ongoing, all-hands-effort by doctors and dentists. The author would like to quote from an article dated Sunday, March 4, 1945, that appeared in The Alabama Journal, titled, “70 Mangled Marines Saved by Heroic Navy Medical Men.” The article was written by 2nd Lt. Jim G. Lucas [formerly of The Tulsa Tribune], who was a Marine Corps public relations officer: 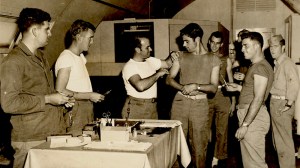 “Iwo Jima [delayed] – This Navy transport lay less than 1,000 yards off the blazing beaches last night while four gallant Navy doctors and two dentists fought to save the lives of 74 mangled Marines. It was a gripping battle, one which began less than two hours after the first assault waves had gone ashore yesterday. At the height of this fight to save life, enemy shells landed between this transport and one 100 yards to the left. For three hours, gun crews stood at their stations to fight off enemy planes while the silent battle went on inside. This morning, tired Lt. Cdr. J. H. McCauley, of Los Angeles, Ca. said he hadn’t done enough. Four Marines were dead, but 70 were alive and 68 have a good chance to survive. The first wounded were brought aboard even before this transport had discharged its combat troops. Lt. Cdr. McCauley, E. S. Groseclose, of Lynchburg, Va., E. B. Frazier of Mobile, Al. and Lt. R. A. Hamilton of Springfield, Ky., Navy doctors went into action as soon as the casualty boat came alongside….by mid-afternoon, three boatloads of casualties had arrived. Assisting the doctors were two Navy dentists, Lt. W. J. McGill of Homestead, Pa., and Lt. William King of Luverne, Al., and the ship’s chaplain, Lt. W. E. Wright of Fort Worth, Tx., former pastor of the First Christian Church at Smithville, Tx. One man died in the early afternoon. Dr. McCauley fought desperately to save his life, but the man was all but dead when he reached the ship. Unbelievable medical feats were accomplished in those brief hours. Brain surgery was performed on the rolling sea. Dr. McCauley saved the shattered arm of a Marine, rather than amputate. An attempt to serve the evening meal was interrupted by the arrival of more wounded. The battle to save life continued throughout the night and into the next morning. Chaplain Wright moved among the wounded. He was with all of the four who died when the end came. The first phase of the battle on this improvised hospital ship was to keep the wounded alive. Today, doctors began the fight to repair the wrecked bodies. Marine Col. Orin H. Wheeler of Washington D. C., said “The night’s work was the finest thing I have ever seen.”

Lt. William King’s efforts to treat wounded Marines onboard an improvised hospital ship was not the last time he was called upon to fulfill the duties of a medical doctor. He would soon find himself treating wounded Marines on the dangerous and inhospitable island of Iwo Jima. 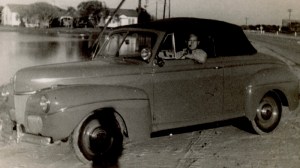