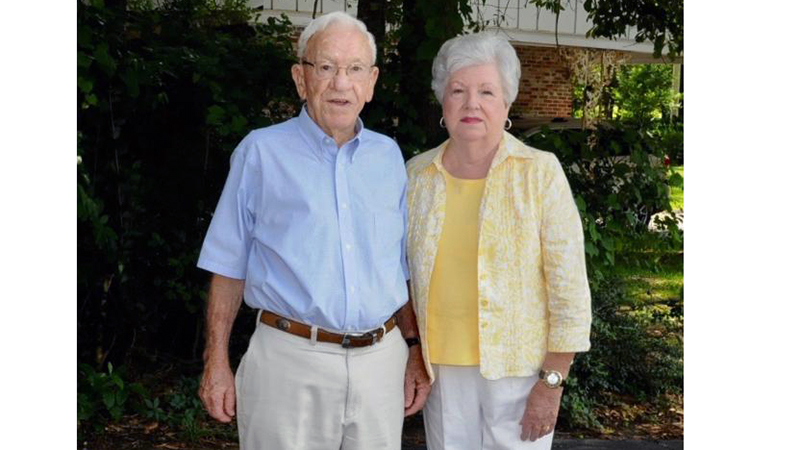 The author and the citizens of Covington County lost a dear friend with the passing of Claude Pike on October 31, 2022. Claude was a member of The Greatest Generation, having served aboard a Navy LST during the landings at Normandy. Claude was a ship’s cook, but his battle station placed him in the middle of the action, manning a 40 mm anti-aircraft gun on D-Day, June 6, 1944. 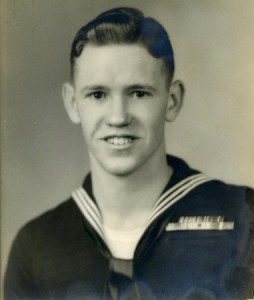 Claude William Pike grew up in Capshaw, Limestone County, Alabama, and was a senior in high school when he was drafted into the Navy in January 1944. After completing basic training at the Great Lakes Naval Training Base, he was assigned to LST-543 [landing ship tank], based at Norfolk, Virginia.

In May 1944, LST-543 was sent to New York City where she loaded men and supplies for the European theater. They crossed the Atlantic Ocean with a large convoy of ships and landed at Plymouth, England, about 10 days later. Several ships in the convoy were lost to German submarines during the crossing.

The last items loaded onboard the LST were LCVPs [landing craft, vehicle, personnel], sometimes called “Higgins boats.” The LCVP landing craft was named for Andrew Higgins of New Orleans, Louisiana. He had developed a small landing craft that could transport troops and small vehicles from a large cargo ship, directly to a landing beach and allow them to exit by means of a front ramp that let down.

In an interview in October 2018, Claude recalled how the landing craft were unloaded, “We loaded them topside for the trip to England. They were unloaded by placing skids underneath, then taking on ballast to one side of the ship, causing it to list to one side. The LCVPs then slid down the skids into the water.”

After the LST was unloaded, it was reloaded with British troops and equipment for D-Day. Early on the morning of June 6, LST-543 landed its cargo on Juno Beach. Claude recalled, “We stayed at General Quarters [Battle Conditions] around the clock during the invasion. My battle station was topside, manning a 40 mm anti-aircraft gun. I also manned a 20 mm gun.”

During the invasion, strafing German planes were a constant threat. Claude was not injured but several men onboard his ship were wounded. LST-543 made several trips bringing troops to Omaha Beach before it was beached by a fierce gale. The storm stripped away both anchors and left the LST stranded for 19 days. It was eventually re-floated and returned to England for repairs. 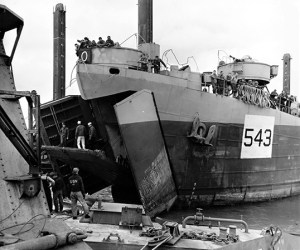 After repairs were made, they completed 23 round-trips to Omaha Beach. On the last trip back to England, they brought back German POWs. After the invasion had moved inland into France, LST-543 returned to the States.

In 1945, LST-543 loaded supplies, men and equipment and sailed for Subic Bay in the Philippine Islands by way of the Panama Canal. They took part in the invasion of Okinawa. Claude recalled that they were under constant attack by kamikazes. LST 543 was never hit, although the Navy lost 27 ships at Okinawa. At the end of the war, Claude returned to the States by way of a hospital ship.

After he was discharged from the Navy, Claude repeated his senior year at Limestone County High School and briefly enrolled Athens Junior College where he played baseball. He transferred to Alabama Polytechnic Institute [now Auburn University] and earned a BS in Agricultural Science in 1950. Claude studied specialty course at Colorado State University, the University of Florida and the University of Minnesota and earned his MS degree from Auburn in 1967. He later received his EDS [Education Specialist] degree from Auburn. 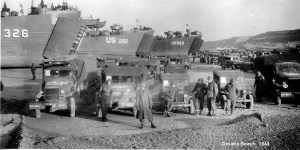 Claude joined the Covington County Extension office in Andalusia in 1953. Nan Shelley from Headland, Alabama, graduated from Auburn in 1959, with a degree in Family and Consumer Science. She went to work at the Covington County extension office later that year. Claude and Nan were married on March 12, 1961. Nan became a Home Economics teacher at Red Level High School and retired from teaching on May 31, 1994.

Claude worked at the extension office with the 4-H Clubs in Covington County. He also became the Swine Specialist for the County. Claude was a County Agent Coordinator and worked at the Extension office for 30 years, retiring on March 21, 1983. He earned his real estate license in the 1990s. Claude and Nan were members of the First Baptist Church of Andalusia. On March 12, 2022, they celebrated 61 years of marriage.

The author thanks Mrs. Nan Pike, her daughter, Sylvia, and son, Will, for their help in writing Claude’s story. Claude was a friend to the author and was a great help in getting him started in the beef cattle business in 1966.