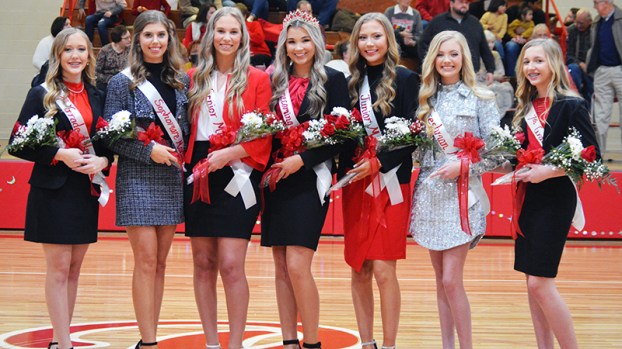 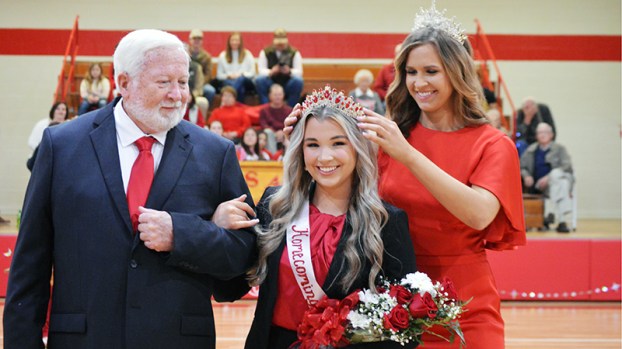 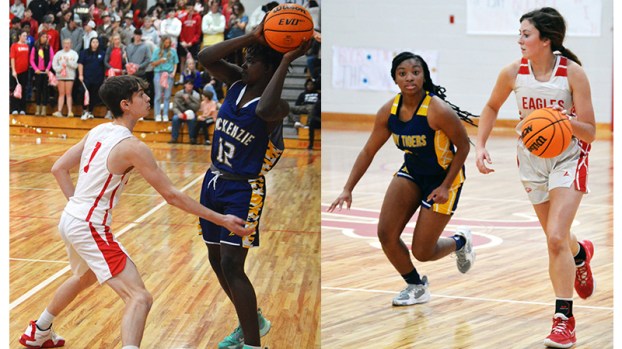 Varsity Girls: Pleasant Home 41, McKenzie 30
Pleasant Home built a 16-0 lead and held off a valiant McKenzie comeback bid for a 41-30 win in the varsity girls’ game.

Hailey Ward had the hot hand in the first period with 12 points. Lana Watson added two as the Lady Eagles took a 14-0 lead. The offense cooled off in the second period with only four points from Latianna Williams and Watson. The Lady Tigers got on the scoreboard with just under six minutes remaining in the half and pulled within 18-11 at the break. Charisa Bullard led with seven points and was followed by Trenady Pierce who had four.

MHS continued to fight back in the contest and cut the deficit down to 24-22 in the third period. Bullard earned six more, while Pierce knocked down a three-pointer and converted two free throws. PHS responded with an 11-2 run and took a 35-24 lead with eight minutes remaining in the contest. Ward banked two shots from beyond the arc and tallied nine in the period. Emma Grace Anderson etched her name in the scoring column with four. Both teams finished with six points each in the final frame. Ward and Anderson combined for Pleasant Home’s output as Ballard and Pierce accounted for McKenzie’s six.

Ward paced the Lady Eagles with 25 points in the win. Anderson and Watson followed with six apiece. Ballard was the top scorer for the Lady Tigers with 17 points in the loss. Pierce also finished in double-digits with 11.

Varsity Boys: Pleasant Home 72, McKenzie 60
In a high-scoring battle that went back and forth, Pleasant Home took a 72-60 win over McKenzie in the varsity boys’ game.

Luke Gatewood blistered the net in the opening period for six points off a pair of three-pointers. Dillan Purifoy followed with four points for the Eagles, and Mason Anderson also hit a shot from downtown. Jaylen McMillian led with seven points, and Jahmarren Jackson tallied six to help the Tigers to a 16-13 lead after one. Purifoy drained a three-pointer and picked up five points in the second. Brodie Griffin and Anderson each notched four as PHS responded with 15 points on offense and grabbed a slim 28-25 lead at halftime. McMillian earned five more points of his team’s nine before the break.

The offenses came out in the third period and erupted for 45 combined points. Anderson and Purifoy were the moneymen with a pair of three-pointers each. Ziquayvion Jackson also drained two long-range shots for McKenzie. Pleasant Home held serve and carried a 51-47 lead into the fourth period. Purifoy matched the Tigers’ 13 points from McMillian and J. Jackson with 13 of his own in the final frame. Gatewood collected five down the stretch for the Eagles who finished off the sweep.

Purifoy was the top Pleasant Home scorer with 30 points. Anderson and Gatewood also enjoyed double-digit showings in the win with 20 and 17 points, respectively. Griffin rounded out the scoring with five. McMillian took the top-scoring honor for McKenzie with 24 points, as J. Jackson followed just behind at 22.

Pleasant Home will travel for area road matchups at Georgiana Thursday, Jan. 19, and McKenzie Friday, Jan. 20. Games will begin at 4:30 p.m. both days.