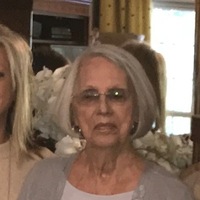 Flowers will be accepted or memorials may be made to New Hope Independent Baptist Church in Red Level.