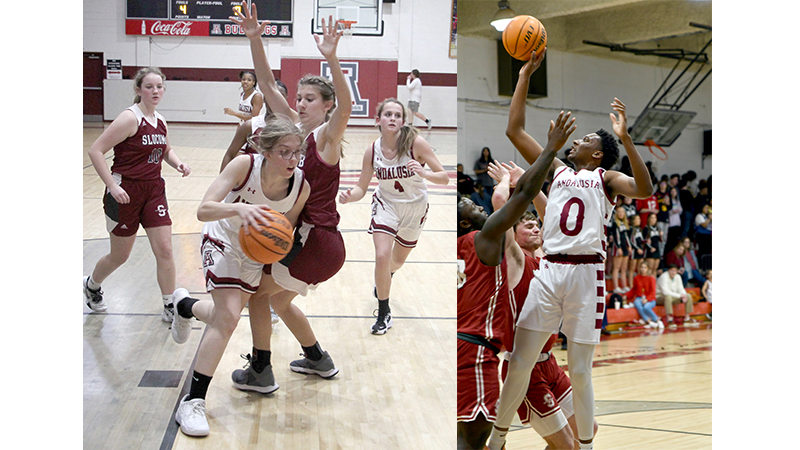 The Andalusia basketball teams celebrated senior night with victories from both the boys’ and girls’ teams when they faced the Slocomb Red Tops Friday night.

Andalusia jumped out to an early lead and never looked back. Noah Curry set the pace with two three-pointers in the first period as the Bulldogs took a 23-11 lead.

Cammeyun Love hit two three-pointers in the second period to help lift the Bulldogs to a 44-27 lead at the half.

The Bulldogs (8-10, 4-0) hosted region foe Geneva Tuesday night and will travel to Dale County on Friday.

The Lady Bulldog defense smothered Slocomb, holding them to only 19 points in the game. Meanwhile, the offense was on track, scoring 80 points.

Dianna-Grace Nelson came out hot with 13 points in the first period. Kionni Wright added six in the period to lift Andalusia to a big 34-8 edge after one period.

Zaniya Anderson led the scoring effort for Andalusia in the second with six points and went on to score another eight points in the third.