The Opp Bobcats retained their undefeated status in Class 4A, Region 2 competition and secured a spot in the state playoffs with a 20-18 victory over the visiting Ashford Yellow Jackets Friday night.

Opp head football coach Jack Whigham said he was pleased with his team’s performance during the key region match.

“We are still undefeated in the region and we made the playoffs tonight,” Whigham said. “We are guaranteed a spot in the playoffs now. We will just be fighting for position the rest of the year. It’s good to have that playoff pressure off of our backs this early in the season.

“I cannot stress the great job our coaches did tonight in preparing our kids after coming off a tough loss (to Straughn),” he added. “I give our coaches all the credit and our kids showed a lot of resiliency tonight.”

Opp quarterback Adrian Austin earned Opp’s first touchdown of the night with a quarterback keeper at the 3:40 mark of the first quarter. Opp running back Richard Davis countered Ray’s efforts with five rushes for 98 yards and one 24-yard touchdown carry in the second quarter to give Opp a 13-12 lead at the half.

According to Whigham, players were encouraged to not repeat last week’s performance against Straughn.

“We talked to the kids about being in this situation last week,” Whigham said. “We were ahead by one point then and we ended up not playing well in the second half last week. We came out in the second half tonight and (Ashford) held us. We went for the fake punt that we had practiced some this week and it didn’t work out. Our defense came out and made a great stop to get us the ball back. It was just a physical game from that point forward.

“Our defense played well,” he added. “Ashford played well. I just think it was a good high school football game.”

Ashford earned one final visit to the end zone with an 8-yard touchdown pass at the third quarter buzzer. An attempted two-point conversion attempt was no good and the Bobcats closed the night 20-18.

Josh Scarborough chipped in 76 yards rushing for the Bobcats throughout the night. Austin went 2-for-5 passing for a total of 71 yards and one touchdown.

Opp travel to Union Springs next week to face the Bullock County Hornets for the fifth region match of the season. 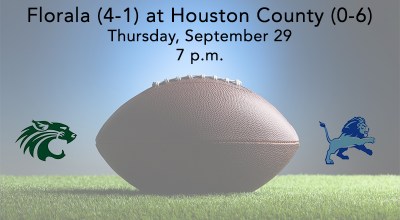 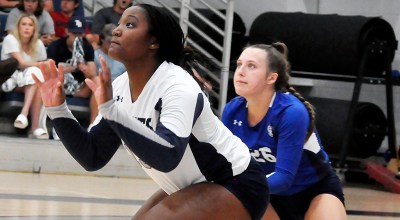