When John Clark IV and Alyson Kilday left their home in Lincoln, Neb., last April, all they wanted was to get away from the cold and harsh Midwestern winter. What they found instead was more than eight months of adventure on the high seas and an endless list of new friends and experiences.

Clark, who is a 2000 Straughn High School graduate, and Kilday, who attended LBWCC and has extended family in southern Alabama, spent the last eight months “island hopping” in the tropics. The couple began by spending a month on Kilday’s parents’ sailboat, and then continued their trip by working odd jobs on various other people’s boats.

They began their journey by driving from Lincoln to New Orleans in April, and then flying to the island of Grenada and spending a month there. They then sailed to various locations in the Caribbean and South America, including Curaao, Venezuela and Colombia.

“We’ve always wanted to travel,” Clark said. “Alyson grew up in Japan and also lived in Argentina, and she’s always inspired me by telling stories about traveling and being outside the U.S. We thought about going on a long backpacking trip, but decided on the island adventure instead.

“We saved our money and sold what we could, and we’ve been out traveling ever since April.”

Clark and Kilday returned to the U.S. for the first time earlier this month, and brought quite a surprise with them.

“We came back to Alabama and surprised (John’s) family by knocking on the door before Christmas,” Kilday said. “They really wanted John to get back for Christmas, and when they were communicating with us in the islands, we acted all non-committal about it. We were like, ‘Well, it’s really hard for us to get away, so I just don’t know if we’ll be able to make it…’

“Then, we got one of John’s cousins to pick us up in Atlanta and we drove back and just surprised everyone. They were all sitting around the tree on Christmas Eve, and we just walked through the door.”

Kilday and Clark met at LBWCC and both work in the graphic design and marketing fields. They put those skills to work by documenting the story of their tropical excursion online, both on social networking sites like Facebook and Flickr, and also at their blogging Web site, www.hopandjaunt.com.

“That was almost a full-time job in itself,” Kilday said about keeping the Web site updated. “Obviously, when you’re out sailing on the ocean, you don’t have much Internet connection. But when we were in port, or visiting somewhere on land, we’d find somewhere with free wi-fi or an Internet café.

“The Internet was really our only way of communicating with our family and friends back home.”

Clark said each stop was unique, but one of his favorite visits was to the isolated Venezuelan islands of Los Testigos, which means “the witnesses” in English.

“It was very sparsely populated, so there was a lot of wildlife that you could watch in their natural habitat,” he said. “We were able to watch a turtle lay its eggs right on the beach, and see all kinds of beautiful and unique species.”

The couple spent several weeks at each stop on their journey, and “paid” for the travel by completing work for the owners of the sailboats. They also helped create Web sites and marketing tools for several charter and travel companies.

“It was fun to keep up our Web site, just to let people know what we were doing,” Kilday said. “But it was also an example of our work that we could show to the people down there, and let them see what we were capable of producing. And, of course, it was a great way for us to network and meet all kinds of new acquaintances and friends.”

Clark added that even in the most remote locations in the tropics, there were still a few reminders of home.

“We were on this island where there was only one other sailboat in harbor at the time,” he said. “And we were talking to the owner and he asked where we were from. When I said, ‘Andalusia,’ he remarked, ‘Oh, that’s right near Opp, isn’t it?’ Apparently, he had flown into the Andalusia-Opp airport at some point in his life and he remembered it.

“You grow up and you think your hometown is all isolated and unknown, but then you realize it’s quite a small world when you hear something like that.”

Clark and Kilday said they don’t know when they’ll return to the life of island hopping — as Clark said, “There’s still plenty of places we want to visit down there.” However, they do have plans to make Andalusia their “home base,” and hope to start their own graphic design company sometime in the near future here. And sometime, in the near future, they hope to own and sail a boat of their own.

“We set three goals for ourselves,” Clark said. “We wanted to travel; we wanted to own our own sailboat and we wanted to start our own company. I’d say we’re well on the way.”

To see more pictures of the couple’s travels, and also read accounts of their trip, visit their Web site at www.hopandjaunt.com. 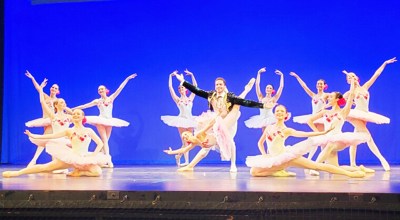 Free from the cold