Player who ‘fought like a wildcat,’ is now with the saints

It has been said the Florala High School graduate and LBW Community College baseball player T.J. Fleming “fought cancer like a Wildcat” but is now “in the company of heavenly Saints.”

Fleming, who was diagnosed a little more than six months ago with a rare form of cancer in his saliva gland, succumbed to the deadly disease Tuesday. He was 20.

Throughout his battle, family and friends said the youth never lost hope or his positive attitude.

Steve Helms, Fleming’s LBWCC baseball coach, described the Lockhart resident as “a coach’s dream” and announced plans to retire Fleming’s jersey and to place a memorial plaque in the dugout.

“His relentless work ethic and self-determination drove him to never be satisfied, nor allow those around him to settle for anything less than what they were capable of achieving,” Helms said. “He was a loyal, caring, and motivating teammate. The life-lasting impression he placed on our players and coaches is unimaginable. T.J. will forever be associated with our program and be the plateau we push future players to reach as individuals and athletes.”

It was that drive and determination that also captured the hearts of the communities countywide. Numerous benefits were held in an effort to assist the family with medical costs.

“T.J. has proved himself to be a champion once again,” Bundy said. “He has finished his course, run his race and received the crown of life given to him by Jesus himself. He has defeated death by receiving eternal life through Christ Jesus. Now, he has a champion’s reward – Heaven. (Fleming) continues to inspire countless lives through his life. He has inspired us all to be champions.”

Wednesday, memories, bits of inspiration and thoughts and prayers continued as those absorbed the news of Fleming’s passing.

Jolie Williams said she never met Fleming face-to-face but heard the stories of his “wonderful spirit.”

“The closer he came to the end, the more positive and uplifting he was,” Williams said. “I never really met T.J., but through the church and community I felt I got to know him. It is so sad such a young life was lost so early.”

The family has requested that in lieu of flowers contributions be made to the T.J. Fleming Memorial Scholarship Fund, which has been set up at the Florala branch of Wachovia Bank. 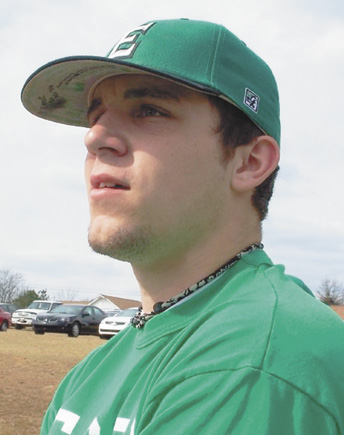