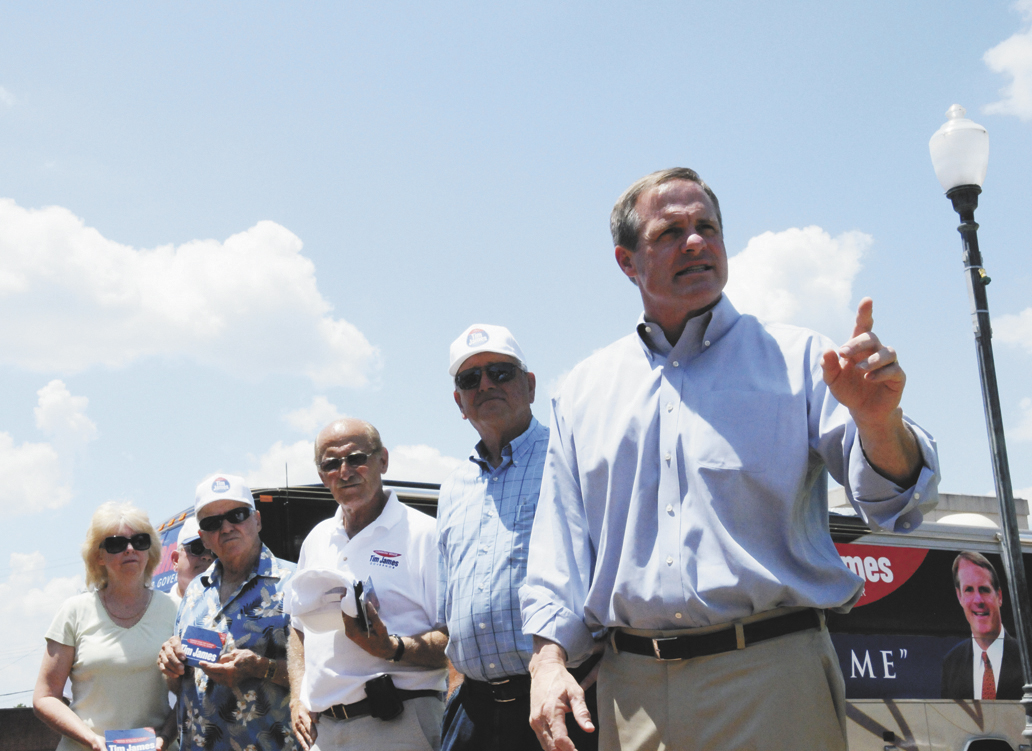 Republicans Tim James and Bradley Byrne drew crowds of voters to the court square Thursday in what may have been the first time in Covington County history that two gubernatorial candidates visited Andalusia in the same day.

Two distinct crowds gathered to hear the two speak – James at 11 a.m. and Byrne at 3 p.m.

James rolled into town on his highly publicized “Common Sense” bus tour to address more than 20 local residents – many of whom questioned the candidate on his opinion of things such as health care reform to thoughts on government spending.

James said he took the idea of the bus tour from his father, two-term Gov. Fob James who toured the state in a bright yellow school bus.

Byrne took a more “down home approach” for his address, choosing to speak from the back of a pickup truck and telling gatherers of how his father sold pick up trucks for more than 40 years.

However different their platform, both candidates centered on key issues concerning Alabama voters – jobs, the economy and accountability in government.

In recent television ads, James has focused his “common sense” approach to things like a balanced budget, sex offender registration and tort reform; however, his most widely played ad centered around a push for an all-English version of the driving test. Just a mention of the point drew murmurs of approval from the crowd.

“Alabamians are concerned about jobs, the economy and unemployment – as is all the nation,” James said. “Government is not complicated. It – like everyone one of us – should live within its means.

“Lots of people in Alabama agree with me,” he said. “(The whole concept) is just common sense.”

A crowd of more than 20 listened as Byrne addressed four key issues facing Alabama today – the need for jobs, a balanced budget, ethics reform and the oil crisis off the coast. 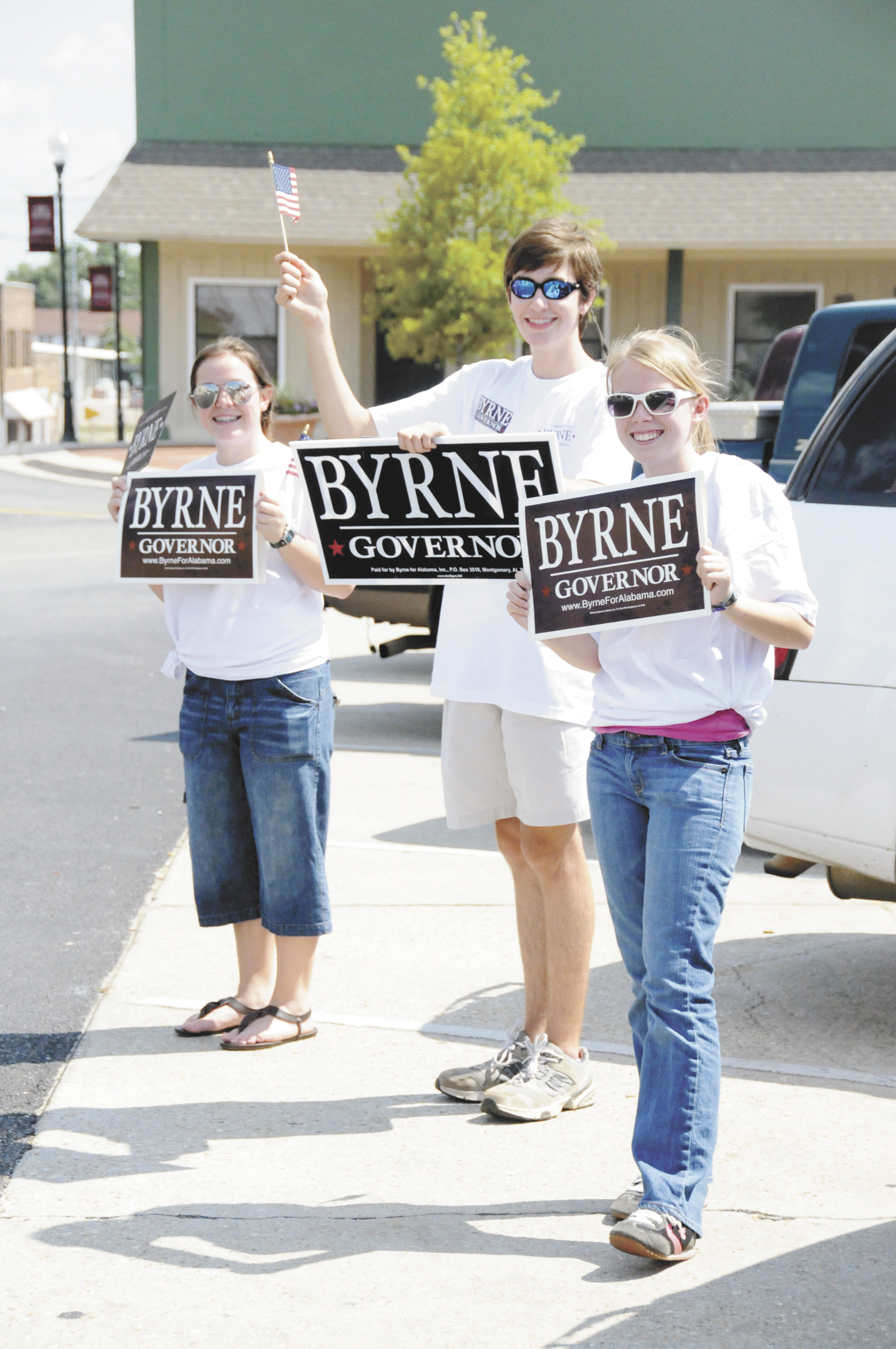 “The best asset Alabama has is its people,” Byrne said. “We are matchless in the workforce, and it’s our responsibility as government leaders to sell our state and bring those high wage jobs to areas like Covington County.”

Byrne called the recently adopted 2010-2011 fiscal year budget, the worst in Alabama history “since the Great Depression” and said if elected, would require BP to cover any and all costs associated with the recent oil crisis in the Gulf.

One of the most widely receive topics of discussion was Byrne’s talk on ethics reform in the state. He spoke of banning PAC-to-PAC transfers, requiring all lobbyists to register their affiliations and the passing of a law that would make it illegal not only for public officials, but also for family members, to benefit while the official is office.

“The people in office make tough decisions every day,” he said. “I believe that we as Alabamians should look for leaders who stand on principle and not back down.”