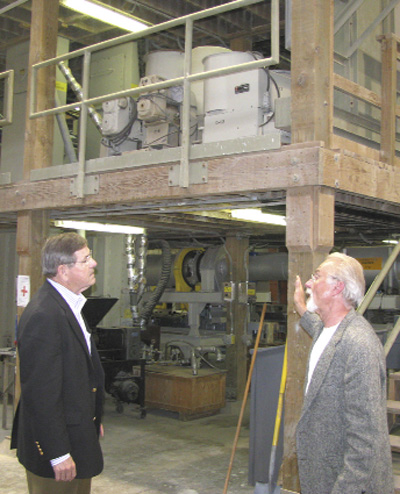 Quick: Name a city in Alabama where 75 percent of the fertilizers and fertilizer production technology used in our nation’s agricultural arena was developed. If you answered Muscle Shoals, you are correct!

A little known fact is that one of the core missions of the Tennessee Valley Authority (TVA), when the agency was formed in 1933, was fertilizer research and development. TVA’s National Fertilizer Development Center (NFDC), located on the TVA Reservation in Muscle Shoals, was a key component of the agency. In fact, NFDC’s impact went far beyond the US; its fertilizers and technologies have been used throughout the world.

Stated another way, according to Dr. Amit Roy, president and CEO of NFDC’s successor IFDC, two-to-three billion people, half of the world’s population, are alive today due to the development and introduction of synthetic fertilizer – more than 70 percent of which was developed right here in Alabama. IFDC is an International Center for Soil Fertility and Agricultural Development.

Roy told Zorn the purpose of the Virtual Fertilizer Research Centers was twofold: To develop the most energy efficient and nutrient efficient transfers between fertilizer and plant; and to improve the efficiency of non-renewable nutrients such as phosphate.

The Andalusia City Board of Education Monday night reversed course on a decision made last month to outsource janitorial services,... read more