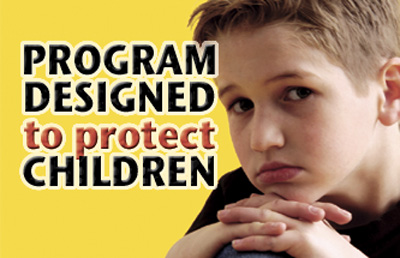 It is estimated that one in four girls and one in six boys will have experienced an episode of sexual abuse before the age of 18, and their stories are everywhere.

The children of Covington County are not spared. In recent months, two men – Ralph Lee Aaron and Perry Demon Parrish – have been sentenced to multiple life sentences for sexually abusing children. Aaron, a former pastor, was convicted of victimizing four boys and sentenced to four consecutive life sentences. In April, Parrish was sentenced to 17 life sentences – three of which are set to run concurrently –for victimizing a 6-year-old girl during a seven-year period.

And there will be more stories.

A complete listing of the county’s convicted adult sex offenders – all 98 of them – and a description of their crimes can be found by clicking here.

And there will be more in the future. On the June 21 criminal docket, there are six child sex abuse cases set; however, both law enforcement and child advocates say education is key to their detection and ultimate prevention.

“We’ve heard the ‘good touch/bad touch’ saying since we all were children,” said Grace Jeter, a former child sex crime prosecutor and now community/public speaker on the subject. “It’s true. I started a ‘good touch/bad touch’ program (while working as a prosecutor) as a way to talk to preschoolers through second graders about child abuse, both physical and sexual.

“I had found, in working with kids who had been abused, that very young children often didn’t know that the abuse was wrong,” she said. “They knew that it hurt and they didn’t like it, but they didn’t know to tell it.”

The program, which lasts about 30 minutes, is still continued in each of the county and city elementary schools. It works by communicating with students on their level – which is crucial when dealing with small children.

But don’t wait until children are school aged before beginning the discussion.

“I started talking to my children when they were 2, and I don’t think that is too young,” she said. “As you know, at that age they are interested in their bodies, so you can talk while potty training and taking baths. Use whatever language you use at home like ‘privates’ or ‘hineys.’

“Make sure they know that no one can touch them there – except Mommy or Daddy or Granny who changes diapers,” she said. “Drill in that if anyone touches them, they need to tell, tell, tell every grown-up they know.”

Signs of child sex abuse vary. They range from having discipline problems, to acting withdrawn or acting out.

“A key thing to look for is sexual knowledge beyond what is appropriate for their age – language, acting out,” she said. “If you have concerns, report them.”

“The problem with sex crimes is that they’re not like regular criminal cases such as a burglary or a theft, where there’s physical evidence. Typically, it’s a child’s word against an adult, and that makes things complicated.”

As a former prosecutor, Jeter agreed.

She said that at least 90 percent of these types of cases do not have any “tangible evidence.”

“There are no eyewitnesses, no photographs, no DNA,” she said. “It is the child’s word against that of the child molester. Juries are still reluctant to convict based on the testimony of a child. I think that education is the key to making people understand how often child abuse happens.”

Where to go for help

Incidents of any type of suspected child abuse – both physical and sexual – should be reported to the Covington County Department of Human Resources at 334-427-7900 or one’s nearest law enforcement agency.

To learn more about how these predators stalk children, click here.