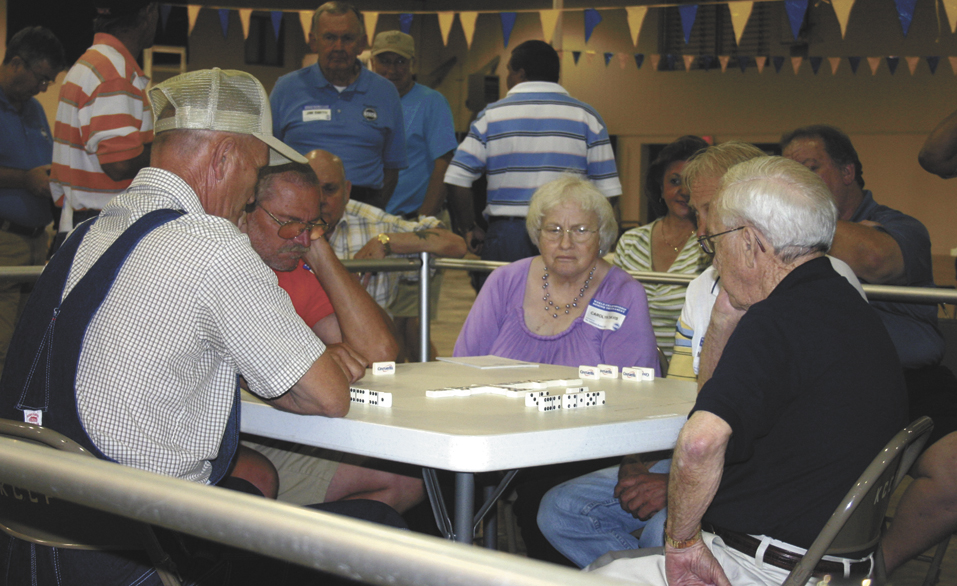 Hundreds of domino players are expected to “rattle some bones” as they compete for prize money and the title of the World Championship Domino tournament this weekend, when the Andalusia Rotary Club hosts its 35th annual event.

Last year, the tournament drew more than 300 players, and most are expected to be back to compete for the title of world champion. The tournament promotes the game of dominoes among people of all ages.

“People from throughout the country and abroad are attracted to our tournament not only because of the competition and prize money, but because they know this is a charity event,” said Andalusia Rotary past president Riley Taylor. “Over the years this event has enabled Andalusia Rotarians to donate hundreds of thousands of dollars to local, state and worldwide causes,” Taylor said.

The World Championship Domino Tournament began in 1976 as a Bicentennial project, but has grown to be one of the premiere domino tournaments in the United States. Last year more than 300 participants competed for trophies and cash totaling more than $20,000.

Rotarians also are selling tickets to the $15,000 Fantastic Domino Sweepstakes drawing. The tickets, which are $100, provide the holder and a guest entry to a seafood buffet supper that begins at 5:30, followed by the sweepstakes drawing at 7 p.m.

It was a star-spangled Fourth, as the City of Andalusia hosted its annual Independence Day event at the Kiwanis Center.... read more