Local herbalist competing for his ‘Own’ show 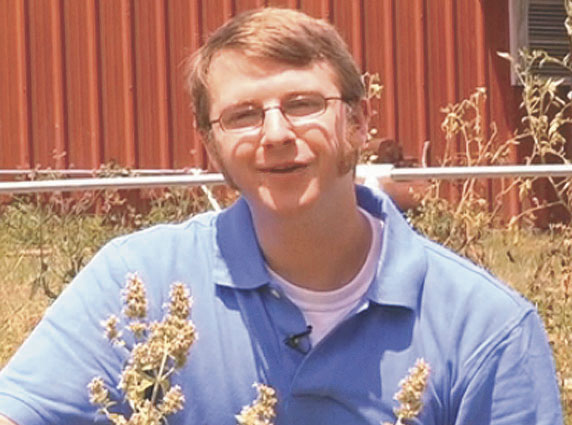 When Oprah Winfrey ends her talk show in a few months, she leaves Chicago, and launches the Oprah Winfrey Network from Los Angeles. An Andalusia man is waiting to hear if he might get a shot at his own talk show on that new network.

Thomas Easley, one of 220 registered professional members of the American Herbalist Guild, is one of thousands who auditioned as part of the “Your Own Show” competition. The contest offers participants an opportunity to vie for a chance at their own show.

More than 15,000 people submitted online audition videos and took part in auditions hosted in four cities across the nation.

“The rules say that the top five with the most votes get an audition in Los Angeles,” Easley said. “Some of the ones from the auditions held in four cities will also go, and they will choose others from the video auditions that weren’t in the top five.”

According to the Web site, 35 from the casting calls and other online entries join the top five in online votes. From this group of 40, producers select 10 to appear on the “Your Own Show” reality series that airs sometime next winter. The winner of that competition gets a talk show.

While Easley knows he may not be in the top five, he is hoping his audition and the 911,425 votes he received in his category “Health and Wellbeing” get the producers’ attention. Those votes put him at No.8 out of more than 1,700 entries in that category.

“The competition started two weeks before I submitted my audition,” he said. “If I’d submitted it earlier, I think I’d have might have been in the top five in my category.”

Easley learned about the opportunity through a friend who e-mailed him. His desire to help people was the deciding factor in his entering.

“There are a number of shows covering health problems, but I don’t think many offer easy to use practical advice, inexpensive things that everyone can do,” Easley said. “That is what herbalism is about. There are effective things used for thousands of years and many are free or cheap.”

The show he envisions offers advice on healthy living, including information about diet, exercise and medicinal plants. Easley also wants to introduce viewers to what he calls inspiring community changers who are improving the quality of life for their communities.

“I’ve met people in rural Mississippi who take time after church to share information with people about healthy diets,” he said. “There are community gardens in Chicago that show people how to grow their own produce and a program started 30 years ago at a hospital in the Bronx hospital using ear acupuncture to help addicts.

“All types of interesting things are going on that should have more exposure because they inspire people to take control of their own health.”

Easley knows personally how an herbalist can help because he witnessed it with his own sister.

“My sister got sick when we were 13,” he said. “She went to five specialists and none of them knew what was wrong. An herbalist was able to help her and after six days, she was better. That got my family interested in health food and my mother opened a little shop in Florala.”

That also set Easley, a 2000 graduate of Pleasant Home High School, on a path to become an herbalist. He began a five-year apprenticeship with a Native American herbalist in Birmingham. After completing that apprenticeship, he owned a store in Andalusia for two years.

Now he spends two days working in his mother’s store in Pace, Fla., and the rest of his time doing private consultations, traveling, teaching and speaking about herbalism.

He stresses that he is not anti medicine and in fact works with doctors.

“I work with physicians,” he said. “In fact about 40 percent of the people I see from the store in Pace are doctor referrals.”

While he waits to hear from the talk show competition, Easley prepares to return to Haiti in early August to continue the work he did after the earthquake.

“The goal, this trip, is to get into rural communities where in the best of times they only see doctor a couple of times a year,” he said.

When he comes home, he would like to head for Los Angeles and a chance to take part in the talk show competition. However, even if he doesn’t win a spot, Easley plans to pursue his commitment to helping people.

“I’d like people to understand that their actions can be responsible for their health and show them practical things that can help them,” he said. “Knowing that is empowering.”

Easley’s audition is available for viewing online at oprah.com. Look for the link to “Your Own Show” and do a search for his name. For more information about herbalism, contact Easley at 334-804-6830.

Sparks: Don’t cross over to GOP