Doster was convicted of capital murder in 2006 following two-week trial. The jury recommended a sentence of life without parole, but Circuit Judge Ashley McKathan overrode the jury in a separate sentencing hearing and imposed the death penalty. In a 146-page opinion, the appellate court affirmed McKathan’s decision almost four years after it was handed down.

The appellate ruling came on the same day that Doster officially was sentenced by a Texas judge to life in prison there for the murder of Dennis Courtney. Earlier this week, two days into jury selection for the Texas murder trial, Doster pleaded guilty in exchange for a life sentence. If the case had gone to trial he could have been sentenced to death in Texas, as well.

“This was a big first step.,” Gambril said. “With each step, the burden increases on the defendant.”

Gambril predicted it will be years before an execution date is set. 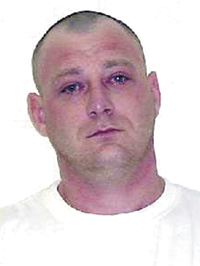