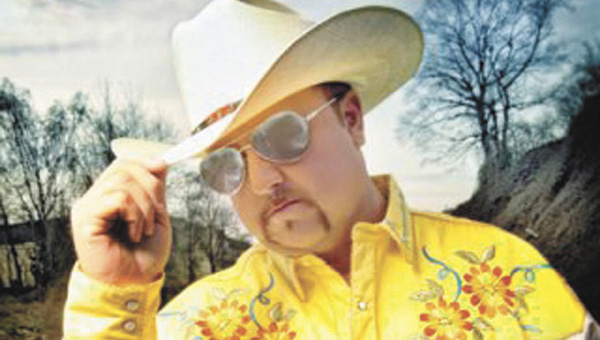 Ford, who is famous for his songs that pay tribute to the people, pastimes and attitudes that define a lifestyle embraced from Texas to Wisconsin, from Florida to Washington state and many places in between, will hit the stage Fri., April 1, Mayor H.D. Edgar confirmed Tuesday.

Ford’s songs such as “Dirt Road Anthem,” “No Trash in My Trailer” and “Ride Through The Country” have proven successful throughout the country.

Ford classifies himself as “an average Joe who’s been blessed with the ability to write music and who loves to perform. I talk about everyday real country life, and I believe in real country values – God, family, friends and hard work. And if that ain’t country, I don’t know what is.”

The rodeo has become synonymous with Opp and includes events like rattlesnake races, dances and musical entertainment, taking place each April.

Edgar said that the city works to get quality entertainment for the event each year, and the hunt begins soon after the last rodeo ends.

Last month, the city made offers to Jamey Johnson and Eric Church, but they haven’t come through, yet.

“It’s really kind of hit or miss, but we look for someone who will draw a crowd,” he said of choosing the entertainment. “We know if we can get the girls to come, the guys will, too.”

Edgar said the economic impact on Opp and Covington County is huge.

Admission is $15 per person, per day to the event, which will include the Colt Ford concert and snake show on Friday and local entertainment, snake snow, greasy pole climb, buck dancing contest and another concert on Saturday. Advanced tickets will be available after the first of the year.

Promoters said more news about the rodeo will be released in the coming months.

More information will be available by visiting the rodeo’s Web site rattlesnakerodeo.com.