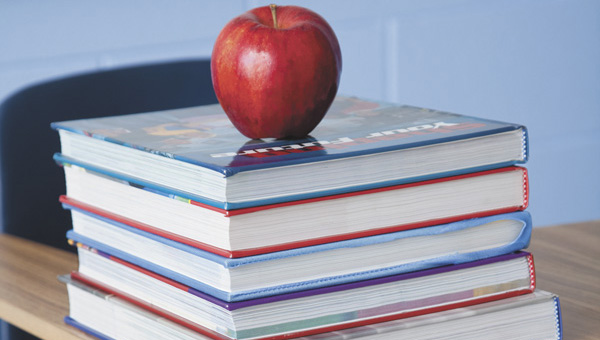 The Alabama School Board will vote on a measure that would align the state’s standards with other states.

Local school superintendents remain supportive of the proposed Common Core State Standards Initiative, which is set for consideration by the Alabama Board of Education on Thursday.

But District 2 board member Betty Peters, who represents Covington County on the state BOE, opposes the measure.

If passed, the initiative will set a similar set of standards for all states for mathematics and English-language arts for kindergarten through 12th grade. Forty-one states have already adopted the standards. Alaska and Texas have rejected the initiative.

Currently, each state has its own process for setting standards.

Peters spoke out about the standards at a meeting of Wiregrass area superintendents and central office personnel in Ozark Monday, calling the measure a “federalization” of education that she said would cost money and take away local control.

“I think it’s unconstitutional and unwise,” she said Tuesday. “We would be in essence giving all authority to the federal government. I do believe we can definitely improve our standards, but I think we should do so at the state level. If we go with this set of standards, it’s like we are buying a Pandora’s box. You don’t have accountability.

“I just don’t know why we want to give away our accountability,” she said.

Peters said Gov. Bob Riley is a strong supporter of the initiative, as is state education superintendent Joe Morton.

Opp City School Superintendent Michael Smithart said the standards would “level the playing field for students,” but the system would “lose a little local control. But it’s a small price to pay for college readiness,” he said.

“I like the idea of all students regardless of where they live being gauged under the same criteria,” he said. “Our students are now competing nationally and internationally, and we need to ensure our standards are on par with every other state. This will give us a clearer picture of where our students stand and what changes we need to make.”

Smithart said currently state standards are a “about a 95 percent match.”

Specifically, Alabama matched 96 percent of the standards in math and 92 percent in English-language arts.

“There are differences in which grade a standard is taught,” he said.

If the standards are adopted, textbooks will become an issue, Smithart said.

“Our textbooks are not correlated to the new standards, and there are no funds to purchase new ones,” he said. “That is not a major inconvenience due to the fact that we have or are now developing new curriculum guides, but it is an issue.”

Both Smithart and Andalusia City Schools Superintendent Ted Watson say they believe the curriculum change would be nominal.

“I’m not convinced it will require a drastic change,” Smithart said. “We will certainly be required to amend our curriculum and pacing guides.”

Officials say it’s important for students, teachers and parents because it prepares students with the knowledge and skills they need to succeed in college and work. It also ensures consistent expectations regardless of where one lives, and provides educators, parents and students with clear, focused guideposts.

The effort was coordinated by the National Governors Association Center for Best Practices and the Council of Chief State School Officers.