Alltel converts to AT&T this week 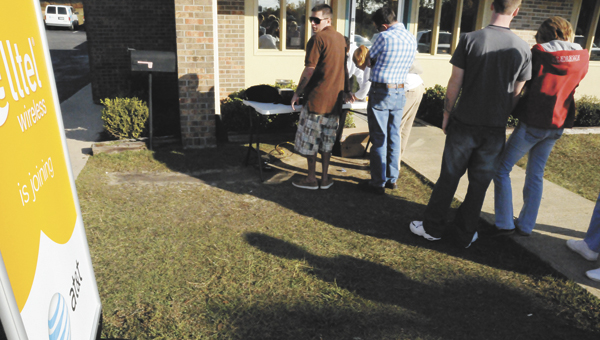 Beginning Sun., Nov. 21, more than 75,000 Alltel customers joining AT&T will see a change as AT&T expands its cell phone service in Alabama and introduces its lineup of products and services to the customers in Covington County, along with neighboring counties of Butler, Coffee, Cren-shaw and Geneva.

“We’re thrilled to welcome former Alltel customers to the AT&T community,” said Joe Larussa, vice presidents and general manager of AT&T consumer & mobility markets in the Gulf States. “We’re confident that they will enjoy a fantastic wireless experience with AT&T. We’ve been working nonstop to upgrade the Alltel network, and we’re proud that customers in this area have access to the fastest mobile broadband network and a wireless network that covers 97 percent of all Americans as well as offers the best international coverage of any U.S. wireless provider.”

AT&T spokesman Mike Barger said AT&T has been working on the network since the acquisition of Alltel wireless assets in June of this year.

“It’s important to note that while customers may already be seeing improved network performance, the initial integration is only the first step,” he said.

Former Alltel customers in the area had the option to receive a brand new AT&T 3G handset, comparable to their existing device at no additional cost, and the majority of customers are able to keep their existing rate plans, with no additional time commitment required. Many customers received text messages this week saying their new phone would ship soon and that they should receive them by Nov. 26, and customers should be able to activate new phones when they are received.

The re-branding effort includes 16 former Alltel retail locations, including the Andalusia West Bypass location, which will stock store shelves with handsets and other devices from which to choose.

ACT I to hold more auditions